In the year 1946, a cabinet mission was formulated to India as an initiative by the British Prime Minister Clement Attle to discuss and finalize plans for the transfer of power from the British Government to Indian Leaders.
It was decided that India would be given independence under dominion status. One major discussion at the cabinet was the drafting of Indian Constitution laid down in some detail the procedure to be followed by the constitution drafting body.

Elections for the 296 seats assigned to the British Indian provinces were completed by August 1946. With the independence of India on August 15, 1947, the Constituent Assembly became a fully sovereign body and began work on 9 December 1946.

A proposal for the formation of various committees was laid in the Constituent Assembly meeting on 14th August’1947. Such committees include Committee on Fundamental Rights, the Union Powers Committee and Union Constitution Committee. On August 29, 1947, the Drafting Committee was appointed, with Dr Ambedkar as the Chairman along with six other members. 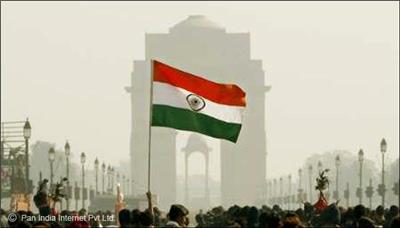 A Draft Constitution was prepared by the committee and submitted to the Assembly on November 4, 1947.
The Assembly met, in sessions open to public, for 166 days, spread over a period of 2 years, 11 months and 18 days before adopting the Constitution.
After many deliberations and some modifications, the 308 members of the Assembly signed two hand-written copies of the document (one each in Hindi and English) on the January 24, 1950.

Two days later, the Constitution of India became the law of all the Indian lands. Dr. Rajendra Prasad was made the President of India.The basic form of the Union Government envisaged in the Constitution was introduced by Dr. Ambedkar as follows

Unfortunately, it has not been possible so far to devise a system which can ensure both conditions in equal degree. The daily assessment of responsibility, which is not available in the American system is, it is felt, far more effective than the periodic assessment and far more necessary in a country like India.

The Draft Constitution in recommending the parliamentary system of Executive has preferred more responsibility to stability.

The first elections were held in 1952, after the constitution came into power. Jawaharlal Nehru was re-elected as the Prime Minister of India and Dr. Rajendra Prasad became the first President.
4200