In the very first year of Indian Independence, many people prophesied that the country will never remain as a single united nation and divide into separate states due to its diversities. Today, every Indian is proud of its united country with diversities across the country from north to south and east to west with varying religions, cultures, casts, language and even with different clothing and cuisines style. 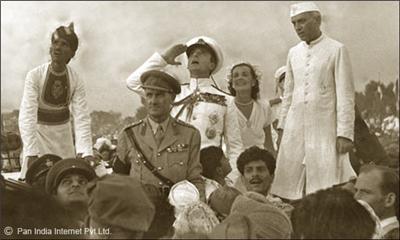 As all the attempts made by different communities since 1947 were failed by the strong bond of nationality in the heart of every Indian. Since 1947 there have been many separatist movements across the country to divide the country into separate countries by spreading terror and provoking communal riots.

Tribes in the north east region of the country with the Chinese support demanded for the independent states from Indian union. Later in 1960 rebellions from Mizoram region even declared their independence from India but brave Indian army suppressed these rebellions and bound these rebellions to sign the peace treaty with Indian Government.

Later the Indian government created autonomous states for the different tribes in this region by detaching parts from Assam within the Indian Union. This all resulted into discontent among the Assamese and they also demanded to separate. Later in 1980 a terror organization was formed in the region which included rebellions from the seven north East Indian states and started working against the Indian government.

There was a demand of separate country called Dravidstan for the whole of south India before independence but later the demand was changed to form a separate state in north Sri Lanka by migrated Tamilians from India. They were also strongly supported by the Indian Tamilians.

“Despite of all internal disputes, India is standing firm as a single united nation.”