India derives its name from Indus which in turn is derived from the Persian word Hindu, from Sanskrit Sindhu, the historic local term for the Indus River.

In ancient times the land areas covered by the seven tributaries of the River Indus - Chenab, Ravi, Sutlej, Jhelum, Beas and Saraswati was called as Sapta Sindhu - Land of Seven Rivers.
The word Sindhu was used to denote the entire land near the river. When Persian came to India they started calling it as Hindu in their own language. Hindu then got modified in Indus and further India after invasion from the European nations.

The Constitution of India and common usage in Hindi recognizes Bharat as an official name of equal status. The origin of the word Bharat dates back to the mythological figure that the Hindu scriptures describe as King Bharata, a legendary emperor of ancient India.
Bharata once ruled the entire subcontinent and thus the land was named after him as Bharat. Bharat Varsh was also used to denote the empire. 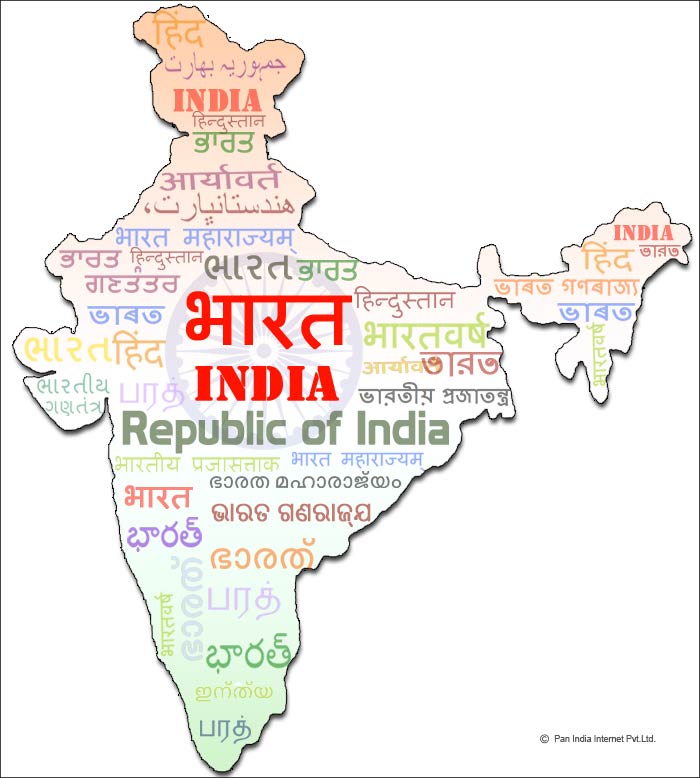 A third name, Hindustan , has been in use since the 12th century, though its contemporary use is unevenly applied. The Mughal and Muslim rulers when invaded India, started calling the  inhabitants of the place as Hindu and the land as Hindustan (Persian: Land of the Hindus). In modern era the citizens also refer them as Hindustani, though it is not an official usage.

Another name Aryavarta (Sanskrit : abode of the Aryans) is mentioned in the ancient texts to refer the region of Northern ans Central India where Indo-Aryan culture was based. The inhabitant of Aryavarta were referred as Aryans.
14660