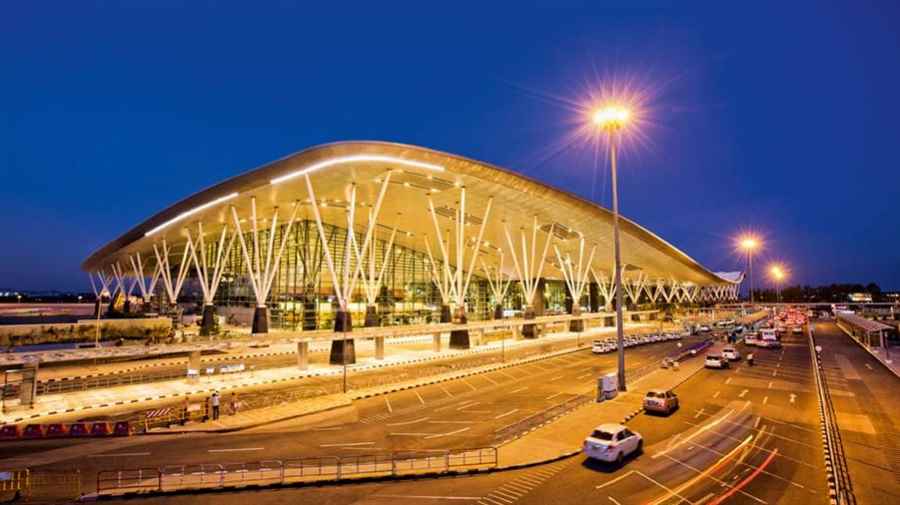 BIAL is going to expand the airport by adding a new ‘Terminal 2’ in the future. The construction of T2 is already underway, and it is said that once this terminal is built, Bangalore airport will be able to handle 65 million passengers annually.
Kempegowda International Airport, Bengaluru is India's prime greenfield airport. Read More

Bangalore's main airport till 2008 was the Hindustan Aeronautics Limited(HAL) airport, which was built in 1942. The HAL airport was used by the British Royal Navy to protect India from Japan during World War II.
The Bangalore International Airport was inaugurated in May 2008. The HAL airport was closed down immediately. 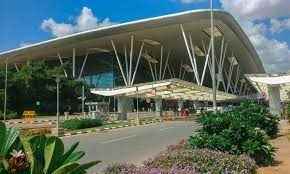 1. Bangalore Airport was given the honor of the “Best Airport in India” at the Skytrax ‘World Airport Awards’ in 2011.

2. The airport received a ‘Gold’ rating in Leadership in Energy And Environmental Design(LEED) from Indian Green Building Council(IGBC) in 2013

4. KIA was recognized as the “Best Regional Airport in Central Asia” at the Skytrax ‘World Airport Awards’ In 2015

5. Bangalore Airport won the award for “Best Regional Airport in India and Central Asia” at the Skytrax ‘World Airport Awards’ in 2017.

Taxi / Cab Facility in Bangalore Airport: For cost-effectiveness and easy-to-access travel options, go for a cab in Bangalore.

Bus services:  BMTC's Vayu Vajra AC Volvo buses which makeover 250 trips on a daily basis are the public bus service from Bangalore Airport to several destinations in the city through its 12 routes.

Train Services: The newly constructed KIAD railway station is on the Yelahanka-Chikkaballapur-Kolar railway line. This station is situated close to the northwest boundary of the Kempegowda International Airport, Bengaluru, around 3.5 kilometers away from the terminal.

Parking Facility: The facility is available 100-200 meters away from the (passenger) terminal building. Either you can opt for the RFID Cards to avoid interventions and rapid exits, or you can pay cash while leaving the parking zone.