In 1912, the first domestic route between Delhi and Karachi was started in India. Since then, the civil aviation market has grown at an increasing rate in the country.
It has now become the 9th largest aviation industry in the world. With 17 international airports, Indian airports are now considered as some of the best airports in the world.

With modern facilities and glossy airport terminals, here are some of the major airports in the country: 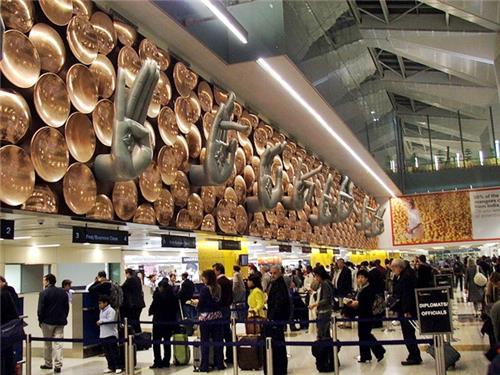 The latest T3 terminal has world class facilities including 68 check-in counters, 50 immigration desks, 92 travelators, 78 aerobridges, business centers, wireless internet, ATM’s, money exchange counters and a high-end shopping mall.
Moreover, there are many budget and luxurious hotels located near the airport for the convenience of the passengers. There are also five sleep cabins situated inside the international departure terminal of the airport.

Chhatrapati Shivaji International Airport is the second busiest airport in the country, after IGIA in Delhi. It has 5 operating terminals, all fully equipped with modern amenities and facilities.
In 2006, the Mumbai airport also went through a major upgrade and the new international T2 terminal was constructed.
With a capacity of more than 30 million passengers every year, the international airport in Mumbai is one of the primary entry points in India, especially for passengers from the Middle East. 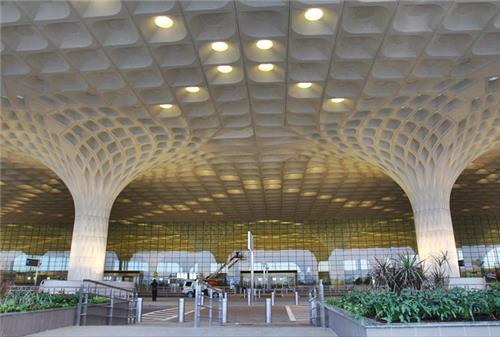 Furthermore, the glass walls, golden-hued entryway, high ceilings and a beautiful white-colored roof adds to the charm and beauty of the airport. It is one of the most gorgeous airports of India.
The new highly integrated T2 terminal houses 188 check-in counters, 76 immigration counters, 10 baggage counsels, 52 boarding bridges and a packing space for up to 5000 cars. Moreover, there are also many hotels (of all budgets) situated near the airport.

With a capacity to handle 40 million passengers every year, Rajiv Gandhi International Airport in Hyderabad is the sixth busiest airport in the country. Opened in mid-2008, it is a brand new airport and deals with 7 million passengers annually.
The airport is home to some of the best facilities in India including ‘in line’ baggage screening, numerous check-in counters to prevent delays, free Wi-Fi internet, ATM’s and money exchange counters. 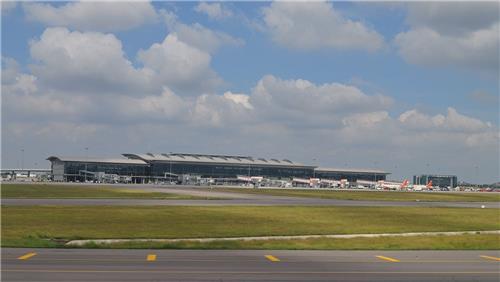 Currently, there is only a single terminal for both domestic and international departures; however, there is much scope for future expansion.
Due to its remote location, not many hotels have opened up near the airport. However, there are a few budget and luxurious hotels about 5 to 10 kilometers from Rajiv Gandhi International Airport.

The new Kempegowda International Airport in Bengaluru was opened to replace the old one in Devanhalli in 2008. Spread over an area of 5130 acres, the new airport has world class interiors and exteriors that mirror the rich culture and heritage of Karnataka. With a capacity of handling 12 million passengers annually, this airport is the fourth busiest airport in the country. 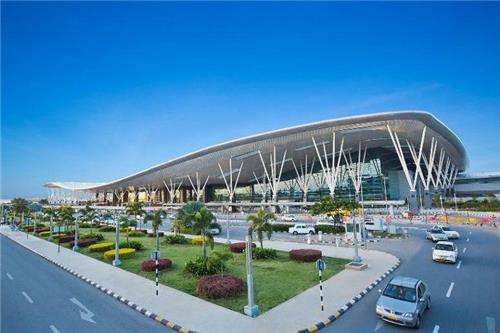 It is home to 21 international and 10 domestic airlines connecting the country to more than 50 destinations in the world. It even has exclusive prayer areas for Hajj pilgrims and hot water for Wadu.
In 2010, the airport received an award for the Best Managed Airport and platinum rating from the International Air Transport Association (IATA). 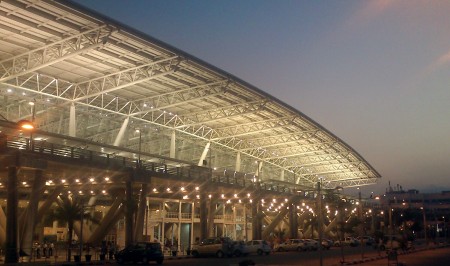 It is one of the first airports in the country and also, a major civil aviation hub in South India and the regional headquarters of Airport Authority of India (AAI). With a capacity of 13 million passengers per year, it is the third busiest airport in the country.
It recently underwent a renovation and is now home to many modern facilities such as parallel runways, cargo terminals, parking ways and so on. It also received the Airport of the Year award in the year 2012 for cargo handling.

Other Popular Airports in India are :