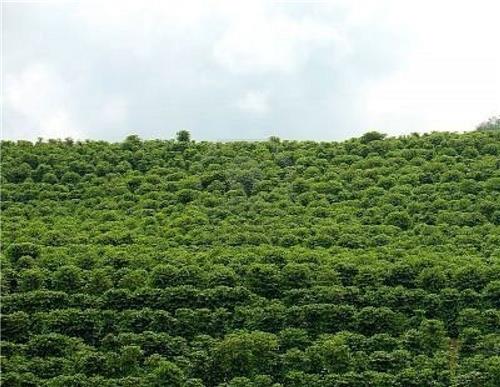 Coffee, the very mention of it means more mugs of steaming frothy coffee with some snacks snuggled up on the couch with a favorite book and some good music - pure bliss! Be it hot or cold, served black or with milk and cream.

The production is restricted to the southern areas and probably the best is the filter coffee with piping hot idly served in South Indian restaurants all across.

Before you get on to the coffee growing regions in India and coffee plantations, here are some facts about coffee that you should know-

History of Coffee in India

Coffee came to India accidentally in India. It is mainly cultivated in southern regions. 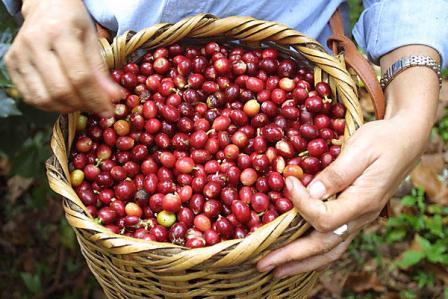 Monsooned Malabar AA is exclusive to India. The beans were being transported in one of the European ships. The coffee beans started to swell up as a result of the monsoon winds.

They changed color and became more intense. Not only did it change the taste of the coffee but also gave it a bigger nod by the connoisseurs. This led to the production of the Monsooned Malabar AA world-famous specialty coffee.

Monsooned coffee beans tend to get swollen as a result of moisture. The curing treatment that coffee beans get naturally because of the monsoon wind on the West Coast of Southern India. Though the curing makes it more aggressive, it also adds a mellow flavor.

This reduces the acidity in the flavor and adds a heavy flatness, which makes the beans more delicious. Only a dry variety of both Robusta and Arabica are used for this process. Monsooned Malabar AA is the highest grade of this coffee.

These Arabic exotic beans are all about the majestic Chamundi Hills of Mysore. These beans are large, rare, and also one of the most premium coffees available today. Exotic Arabic beans are cultivated in Chikmagalur, Coorg, Biligiris, Bababudangiris, and Shevaroys.

They almost have a blue-green color in appearance but when served in a cup all that you get is an aromatic thrill. The medium-bodied coffee beans offer a distinct and acidic flavor with a slight tinge of spice.

Kappi is considered to be one of the most premium and royal coffees in the country. It is made using Robusta beans and the making process is elongated and specialized.

It is made using only the Robusta Parchment AB found in the areas of Coorg, Wayanad, Chikmagalur, and Travancore.  These bold beans have rounded shapes but pointed ends. They are greyish or bluish incisors and have a mellow flavor. 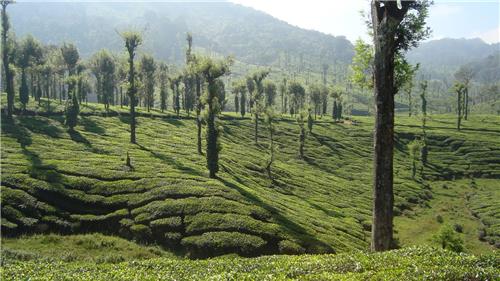 Chikmagaluris one of the first few places in India where coffee was grown. It is called the land of coffee and is located in Karnataka. It is a hill station that is located in the northern part of the Mullayanagiri foothills range.

It is the highest peak of the Karnataka range and is located in the Western Ghats. Some of the other closer regions that grow coffee here include Kodagu, Coorg, and Hassan. 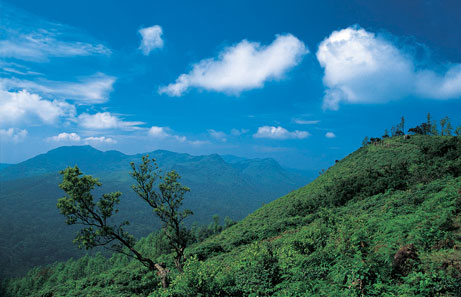 Wayanad is the greener region of growing coffee and is located right in the middle of the majestic Western Ghats. This Kerala hill station gives way to other plantations like Munnar, Nalliyampathy, and Rajamala.

Lush evergreen forests surround the area along with the Pookkode Lake and Karapuzha Dam. Rubusta coffee is grown here along with Arabica.

A small and quaint hill station in Tamil Nadu, Yercaud is one of the best coffee plantations in the country. It is situated in the Salem district amongst the Shevaroys range of hills located in the Eastern Ghats.

It gets its name from a forest called Lake Forest. Some of the other coffee-producing regions here include the Nilgiris District, Coonoor, and Kodaikanal. 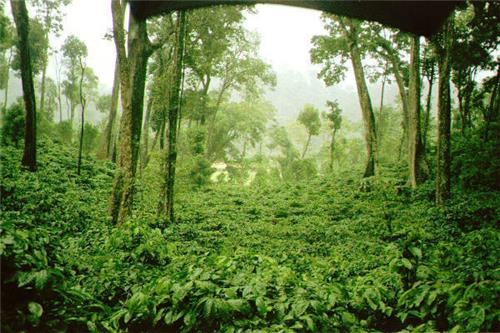 Araku is a very popular hill station that is known for coffee production. It is located in the Visakhapatnam district of Andhra Pradesh. Situated in the midst of the Eastern Ghats of India, many tribes live around here.

The first tribal settlers here grew organic coffee and since then, this brand has stuck to growing organic coffee. With more focus on pepper and rubber production, coffee is a secondary production here.

Surrounded by the Galikonda, Sunkarimetta, Raktakonda, and Chitamogondi Mountains along with Forest reserves, it is a lush destination for growing coffee.

Some other places where coffee is growing here include the Chintapalli, Paderu, and Maredumilli regions of Eastern Ghat.

Known as the Kashmir of Odisha, Daringbadi has situated in the hills of Odisha and is also the only hill station here. It is also one of the youngest coffee plantations in the country.

This place is not explored and touched and there are tribals residing over the majority of the areas. Another area in the Koraput district in Odisha is famous for coffee production.

Anamalais in Tamil Nadu is a wildlife sanctuary that has spotted leopards and other exotic animals. The plantations are home to fine, high-grown Arabicas, including the exotic Kents. Located at 1000-1400 m it grows Arabica coffee with Pepper, Orange, Banana as intercrops. Bababudangiris (Karnataka)

Bababudan coffee plantations work on the legend that seamen brought seven ‘magical’ beans from Yemen and then placed them in the region here.

The most popular coffee in the region would be the full-bodied Arabicas. It has an elevation of about 1500-2000 m and an average rainfall of about 1100-1200 mm. The main varieties of coffee here include S.795, Sln.9, and Cauvery.

The banks of the Brahmaputra are home to some of the best tea and coffee plantations in the area. It is located close to the Kaziranga National Park in eastern Assam at an elevation of 800-1200 m above sea level.

The region gets about 1500-2000 mm rainfall. The main coffee type grown here is Arabica with emphasis on the S.795 and Cauvery varieties.

Coorg in Karnataka has some lush green coffee plantations are filled with honeybees that also lead to the production of the popular Coorg Honey and are assembled by the nimble-footed tribals. Read more 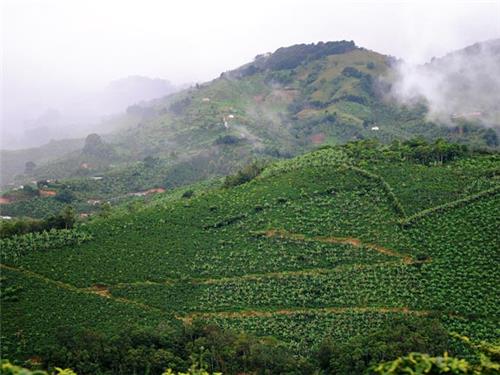 Another popular region in Tamil Nadu for growing coffee is the splendid Sheveroys area. It is said that the coffee here gets its flavor or strength like the Gaur or Indian bison found in the region.

The Arabica grown here is rather bold in size like the bison. Located at an elevation of 900-1500 m, Arabica coffee like the S.795, Cauvery and Sln.9 are grown here.

Both Arabica and Robustas are grown in the area. Travancore is situated at a height of about 400-1600m and gets about 2000-4000 mm of rainfall. The main coffee here is the Robusta.

Other coffee resorts in India