Vacations are meant for relaxation and rejuvenation. But when you visit a popular tourist destination, especially during the peak season, what do you find? Expensive accommodation, crowded tourist spots and long queues. This can be avoided by visiting some of these undiscovered and less-known tourist destinations in the country. 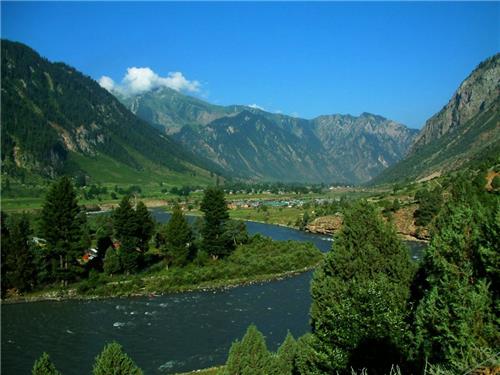 India is filled with beautiful locations that have not yet been explored and are untouched by commercialization. These places provide a much needed break from the hustle bustle of city life. This festive season, explore some of these offbeat destinations in India, which are a must-see for all passionate travelers and those visitors who are looking for an unique experience.

Here are some popular lesser-known tourist destinations in India:

Often known as the world’s largest fresh water river island, Majuli in Assam is located on the banks of Brahmaputra River, about 20 kilometers from Jorhat city. A paradise for travel enthusiasts, Majuli boasts of exceptional beauty and vibrancy that is yet to be discovered. Also known as Assam’s cultural capital, Majuli is famous for its numerous festivals, diverse wildlife, beautiful landscapes, Vaishnava monasteries, several cultural exhibitions and a great hospitality. 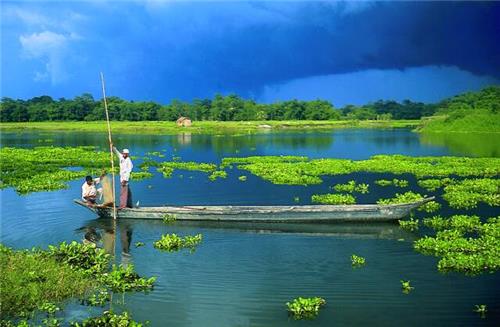 The scenic beauty and pollution free environment of Majuli will leave you completely mesmerized and awe-struck. It has even been declared as a world heritage site by UNESCO. The best time to visit Majuli is during the monsoon season, between October and March, when the river is at its best. The island is also known for its bird-watching expeditions and is home to more than hundred species of birds. There are many ferries available that run regularly between Majuli and Nimatighat in Jorhat.

Termed as the ‘Cleanest Village in Asia’, Mawlynnong Village is the cleanest and the most beautiful village in India. Nestled in the East Khasi Hills of Meghalaya, this village is known for its pristine roads and unpolluted atmosphere. 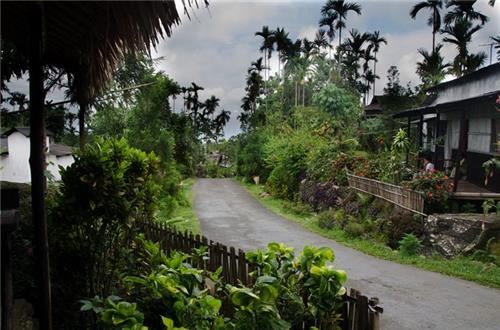 From chic bamboo dustbins, well-maintained public toilets, spotless sidewalks and clean black roads to a smoke-free and polythene-free environment, the locals of Mawlynnong Village have definitely made an honest attempt to keep the status of the cleanest village. Situated about 100 kilometers from Shillong, Mawlynnong Village is not just a spotless village but also one of the most picturesque villages of India.

The best time to visit Mawlynnong Village is during the monsoon season, when the rains cast a magic spell and the entire region is painted in a lovely shade of green. You can also visit the spectacular Living Roots Bridge, just a few kilometers from the village.

Situated in the Sindhudurg District of South Maharashtra, Tarkali Beach is one of the few beaches in India that have not yet been touched by commercialization. The crystal clear water, beautiful golden sands and fewer crowds make this place highly special. Since it is located very close to Mumbai, it is the perfect getaway, especially for those who want to get away from the noisy city life.

Due to its clear waters, it is a paradise for snorkeling and scuba diving lovers. In fact, the water here is so clean that one can see up to 15 feet deep. However, since the waves are a little strong here, one should be careful while diving. Visitors can also hire a boat for just Rs. 1800 that can take you to the golden rocks, dolphin spotting and Tsunami Island for exciting water sports. Other popular tourist destinations near Tarkali Beach include Devbag Beach, Sindhudurg Fort and the Backwaters.

Tourists should also try the famous Malwani cuisine found over here. Since it is not that popular among tourists, MTDC Resort is the only available accommodation in Tarkali Beach, which has around 20 beach cottages.

Known for its popular Ziro Music Festival, Ziro is a quaint little town situated in the Lower Subansiri District of the state of Arunachal Pradesh. Surrounded by lush greenery, dense Alpine forests and emerald rice fields, Ziro is one of the few unexplored places of Northeast. Moreover, tourists can also understand the local way of living by interacting with the local Apa Tani Tribe living over here. 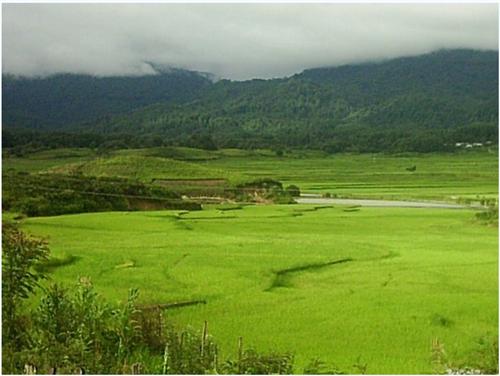 Since the weather is agreeable throughout the year, Ziro can be visited anytime. The nearest airports are at Tezpur and Guwahati, however, the latter will be better with more flight availability. Special permits are required to visit Ziro for both Indians and foreigners. Make sure you carry your camera for an intense photography session.

Situated at an altitude of 10,000 feet, Tawang is one of the most picturesque hidden beauties of Arunachal Pradesh. Known for its several monasteries, it is also the birthplace of Dalai Lama. The reason Tawang is regarded as an offbeat destination of India is because it is quite demanding to reach here due to several landslides and bad weather. 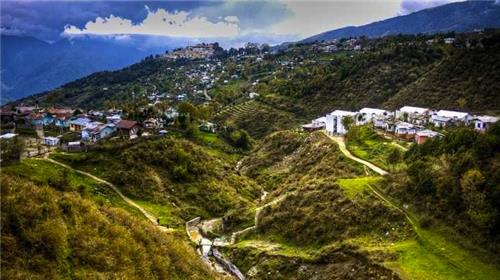 However, the effort will be completely worth it as Tawang is among the destinations in India that is blessed with abundant natural beauty and striking landscapes. It is a heaven for adventure seekers, as there are many activities they can indulge in including ice-skating and rock climbing.

The best time to visit this place is during summers, between the months of March and September, as this is the time when one can see Tawang in its full glory. Winters over can get very bitter with heavy snowfall. Be sure to visit the popular Tawang Monastery, which is believed to be around 400 years old.

Often called as the ‘Mini Switzerland of India’, Khajjar is a peaceful town located in Chamba District of Himachal Pradesh, near Dalhousie. Surrounded by several lakes, hills and meadows, it is the ideal destination for those who want a relaxing vacation, away from the crowd. 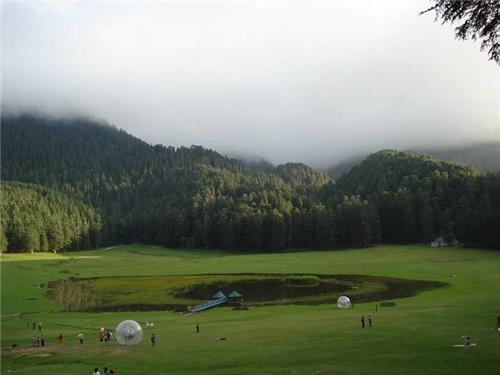 Tourists can also indulge in various adventurous activities such as trekking, hiking, horse riding, paragliding and so on. Nature lovers can revel in the marvelous Deodar forests along with lush green meadows. The best time to visit Khajjar is during the summer months, as travelling over here during winters can get very difficult due to some roads being closed because of heavy snowfall.

For all those who love Indian history and architecture, Orchha is the place for you. Situated in the Tikamgarh district of the state of Madhya Pradesh, this small town was founded during the 16th century by Maharaja Rudra Pratap Singh, the head chief of Bundela Rajputs. It was once known as the capital of Bundelkhand Empire. Banked on the Betwa River, Orchha stands on a grand fort palace. 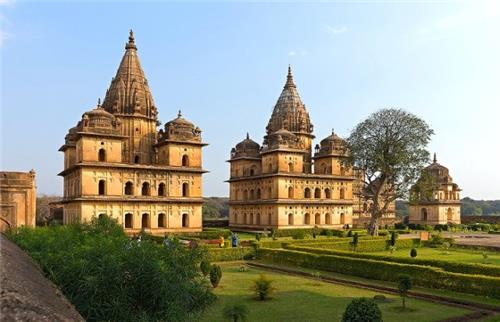 With striking architecture, gorgeous palaces and eye-catching temples, this place is a must visit for those who love history. Inside the fort, there are many amazing structures that belong to various eras. Some of the most important ones include Ram Raja Temple, Jahangir Mahal (representing the magnificence of Mughal architecture) and Chaturbhuj Temple (a stunning 9th century temple).

Explore the lost grandeur by either walking or renting a bicycle, which is the best way to discover the spectacular structures over here. There are also few homestays located over here, for those who want to stay for a longer period of time. Otherwise it can be easily done as a day trip from Jhansi in Uttar Pradesh, which is only 15 kilometers from Orchha.

Situated about 19 kilometers from Darjeeling in West Bengal, Lepchajagat is a picturesque village that was once known for being the home of Lepcha Tribe. However, it has now been transformed into a reserved forest area by the WBFDC (West Bengal Forest Development Corporation).

Even though it is located in proximity to Darjeeling, which is a popular tourist destination, visitors have not yet discovered this magnificent place. Surrounded by thick Oak trees, the beautiful sight of pines, rhododendron salons and the mesmerizing snow capped Kachenjunga peaks, will leave you breathless. This place is also known for its abundant and diverse bird life. Tourists can also visit Pashupati and Mirik, located close to Lepchajagat.

Gurez Valley in Jammu and Kashmir

One of the most magical and enchanting valleys of Kashmir, Gurez Valley is located on the banks of the powerful Kishenganga River, near Srinagar, in the northern part of the state of Jammu and Kashmir. Due to its location, which includes the Line of Control between India and Pakistan, Gurez Valley was once one of the most heavily guarded places in India. It was closed till the year 2007, but has now opened up to the visitors. Because of this, not many people are aware of this beautiful valley in Kashmir. 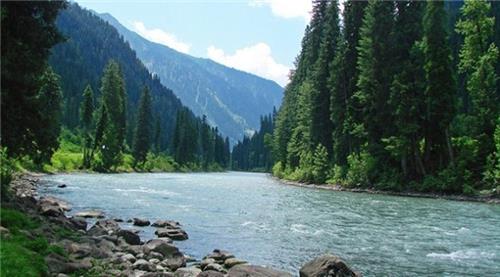 Surrounded by snow-capped mountains, diverse wildlife and rare flora and fauna, Gurez Valley is a must-visit for those who love nature and adventure. The best way to reach this valley is to hire a taxi form Bandipura. However, one can also drive their own vehicle, if they know how to navigate through the mountainous road. Also, keep in mind that Dawar, which is the central township over here, is buried in snow almost half the year and is completely cut out from the outside world, that is, no electricity, plumbing or telephone.

Pangong Lake in Jammu and Kashmir

Even though this lake was greatly popularized in the hit Bollywood movie – 3 Idiots, it still remains one of the most breathtaking places in India that is yet unexplored by travelers. Situated at an altitude of 14,271 feet, Pangong Lake falls under both Indian and Chinese boundary. Only about one third of the lake is under India. The incredible scenery accompanied with translucent water, clear blue sky and snowy mountain ranges will leave you completely awestruck. It is also the highest salt water lake in India. Do not miss the spectacular view of sunset on this lake. It will make the entire effort of reaching here, totally worth it.

Since this area falls under the Indian Army, visitors will need prior permission from the Deputy Commissioner in Leh. Reaching this place can be a little taxing. But once you reach, the beautiful view of the lake will make you forget all the effort. Travelers have to travel 30 kilometers along the Manali – Leh Highway and reach Keru. From there, take one of the two paths that lead to Pangong Lake, which will be another 113 kilometers.

Exploring the offbeat destinations in India can be a lot of fun and exciting, if you are willing to take up the adventure. These places will not only be breathtaking (due to less crowd) but will also add a beautiful memory to your travelogue.