16 Most Haunted Places in India

16 Most Haunted Places in India

Believe or not, ghosts do give us jitters. And when it comes to haunted places, they always create interest in us-just for the sake of being ‘haunted’
India where lies a common deep faith in black magic and other paranormal stuffs has no dearth of such places haunted by ghosts or spirits and stricken by eerie incidents.
But some places stand out as being the ‘most haunted’, thanks to numerous stories and legends about them. So let’s just check out the creepiest places in the country. 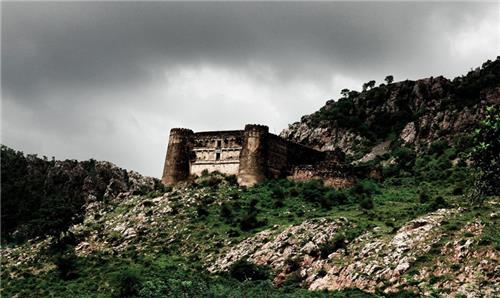 A place which was once a flourished locality with a beautiful palace has now become a dilapidated and completely deserted area and believed to be the den of ghostly activities.
Considered India’s most haunted place, Bhangarh is an abandoned town in Alwar district, Rajasthan. The now decayed fort was actually built in the 17h century by the king Madho Singh and the town had a good population of more than 10,000.

The present local people regularly sense several supernatural and uncanny stuff happen inside the fort area. In fact the government had put a notice in front of the gate prohibiting anybody going inside the fort after sunset. It is believed that whoever went inside after the dark never returned back! 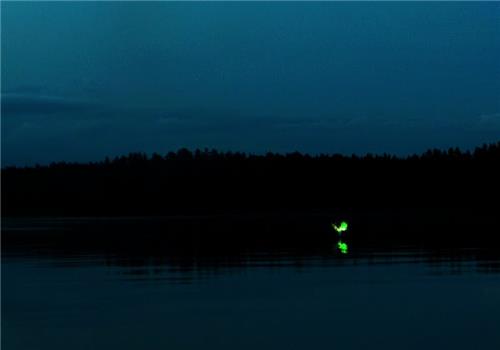 Ayela Ghost Lights (Marsh Ghost Lights) are some inexplicable incidents occur in the marshes of West Bengal. These incidents are mostly reported by the local fishermen.
They confess that some bizarre lights from these swamps misdirect them or even make their bearing to be lost. If you follow these lights, it may lead to drowning, claiming your life. The legend says a fisherman died in the marsh while doing his work. Since then he lures other fishermen to death. 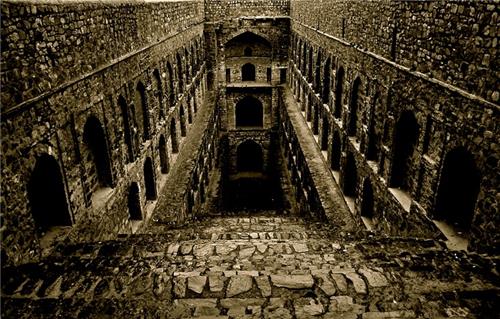 Agrasen ki Baoli is Delhi’s one of the prominent tourist spots attracting many tourists from around the country. But wait! It not just attracts the inquisitive, wandering souls; it also attracts some confined souls as well, but only during the odd hours.
Many say that once the Baoli was filled with some black water which tempts many curious people to dive deep and finally choosing death. 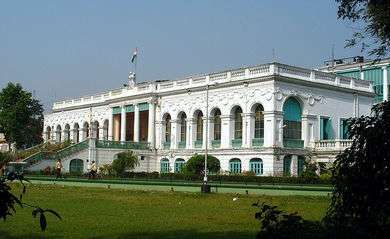 The National Library not only holds to be the intellectual pride of Kolkata but it also holds the most eerie atmosphere in the city. Yes, the National Library is the scariest place in Kolkata.
on the Alipore Road, the library has some spooky members roaming inside. During the day time, everything remains almost normal but as soon as the dark creeps in, its real members start coming out and some paranormal activities take place.

There are two popular stories exist about those activities at the library. At the time of the colonial rule, 12 labourers lost their lives during a renovation work on the library premises. It is believed that the spirits of those wretched labourers are still roaming around there.
The second story was of a graduation student, who met a fatal accident right at the gate of the library. He was at that time doing a research work on the Victorian era for which he had to work on some old letters. People say, the spirit of that boy still comes back to complete his research. 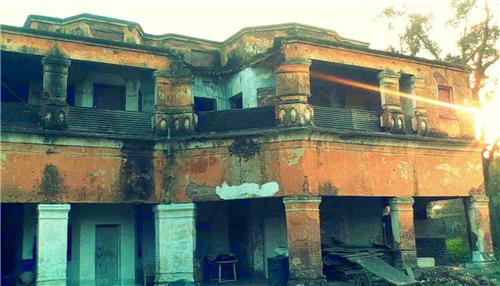 Among the hustle-bustle of a newly developing urban chaos there lies a deathly silence in the city of Meerut, Uttar Pradesh. The infamous GP Block in the city has three abandoned buildings, lying vacant since 1930’s.
Though no knows any proper reason for why these three buildings were kept unoccupied for years, but there are no inadequacy in assumptions by the locals. The local people are believed to have watched four to five people to play cards sitting on different floors of those buildings.
There's even a lady in red sari, who can be seen roaming around. The passersby familiar with the story mostly avoid the roads around the block during night time. 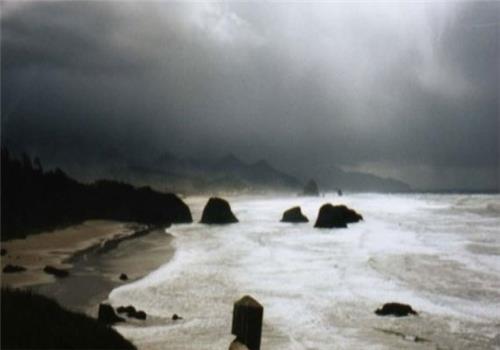 What could have been a leisurely place is unfortunately one of the eeriest places in India. Dumas Beach near Surat, Gujarat is probably India’s only haunted sea beach where you can never think of venturing out, even for a vacation.
People have witnessed the twilight getting uncannily heavier and almost static at the beach as if hundreds of invisible souls have started drifting around.
Even stray dogs and other animals stay away from the beach. Local people claim to have witnessed several supernatural sounds, apparitions and incidents which rather put weight on the evilness of Dumas Beach. 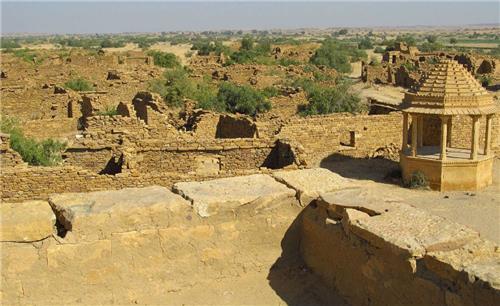 This abandoned village was once resided by the Paliwal Brahmins. After being threatened by Emperor Salim Khan, with a serious consequence that if they won’t marry a village girl to him, everyone would be thrown out of the village overnight.
The remaining villagers put a curse on the village that nobody can ever make it to Kuldhara again. People say that whoever tries to invade the village gets shooed away by supernatural occurrences. 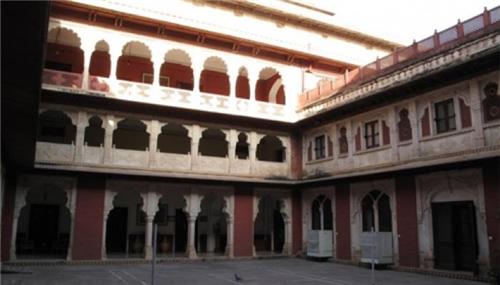 We hear about the harmless ghosts, don’t we? This palace in Kota, Rajasthan has one such. Major Burton once lived in this palace with his family. During the mutiny of 1857 he was murdered by the sepoys along with his whole family inside the palace.
Since then it is said that the undying spirit of the major regularly roams in and around the palace. He does have a mischievous habit of knocking the heads or slapping the snoozing security guards. 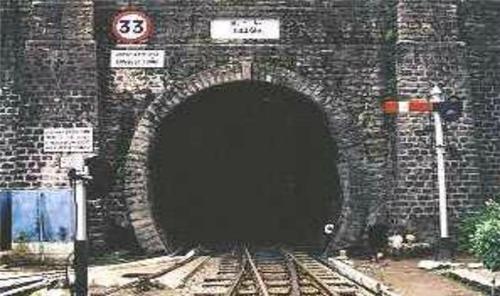 Shimla, one of the most beautiful hill-stations in India has no only been attracting thousands of people every year for its bewitching beauty, it attracts the non-humans also.
Some Colonel Barog who was taking care of the tunnel’s construction work somehow couldn’t complete the wok on time and hence was fined with a sum of just rupee 1.
A humiliated colonel took his life inside the tunnel and it is said that his spirit still resides there. Many are said to have seen the colonel talking with people or asking for lighters. Know more about this Haunted tunnel. 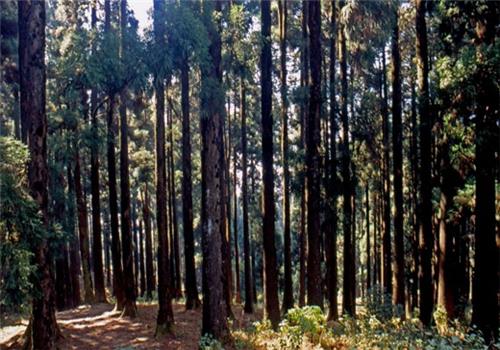 Kurseong in West Bengal is a beautiful place which also has its share of horrifying iniquity. There are numerable spooky stories heard about the Dow Hill and its surrounding area where several horrific and supernatural murders are said to have taken place which had no logical explanations.
According to those stories, a headless boy is often seen walking on the road during the nightfall and slowly vanishes behind the bushes.
Many say some unnatural footsteps are often seen on the lawns of a boy’s school nearby. Altogether, Dow Hill emerges as one of the creepiest places in India. 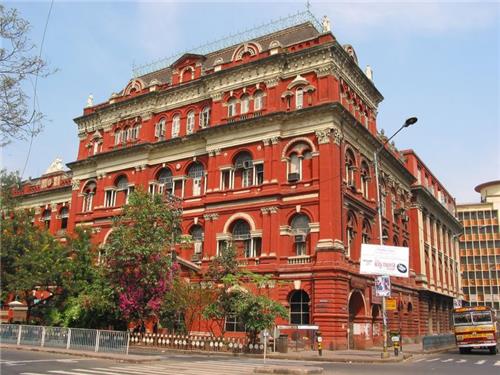 One of the most remarkable buildings in Kolkata, Writers’ Building is now the secretariat building of the government of West Bengal. The present building was set up in the year of 1777 and used to be the office of the junior clerks of the East India Company.
But apart from all these glories, the Writers’ Building also has its share of darkness. On a sunny morning of 8th December, 1930 three revolutionaries from Bengal shot dead the ill-famed Colonel N. S. Simpson, the then Inspector General of Police, who was infamous for his brutalities on the jail prisoners.

Many believe that the spirit of the colonel still inhabits in the building. The fifth block where he was shot is the most infamous part of the building. Some footsteps and baritone voices or even some cries and giggles from this part are often reported from the roadside vendors during the night hours. 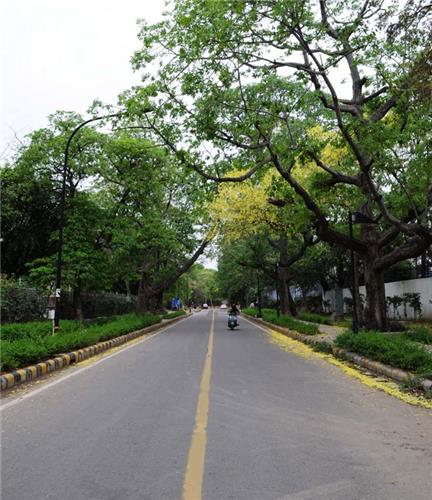 Imagine yourself getting lured by a lady in white sari for giving her a lift while you’re returning home in your car all alone at the odd hours. Many passengers are said to have witnessed while crossing Delhi's cantonment area, mostly between 1 AM to 4 AM.
They also say if you do not stop your car the lady starts running after them and reaches ahead of the car leaving you lost in the way and then just vanishes. 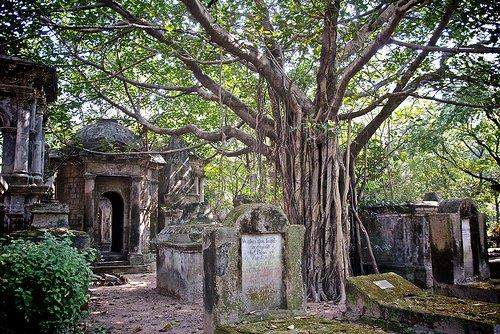 Let us get back to Kolkata once again. It seems ghosts or spirits also love this city of joy. Park Street, the most happening locality of the city has its famous night life.
But when a vast part of the area gets drenched in festivities, a small part of it gets into the creepy mode. The Burial Road of Park Street got its name as it houses the South Park Street Cemetery, one of the most infamous burial places in the city.
This was the final resting place for several British people, from high grade officers to the wives of some big names. The place becomes the play ground for the otherworldly bodies as evening slowly creeps in. 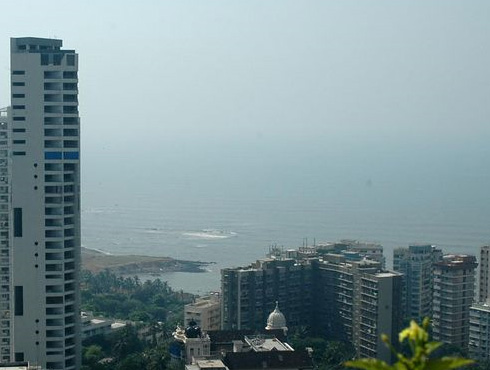 One of the buildings in Vrindavan Society, Thane is said to have some haunted past. Rumour says that a young man took his life inside the building and just after the incident the place became a playground of mysterious happenings.
As per one of the security guards patrolling around the building, he got a tight slap from nowhere and that was so powerful that could never come from any human. 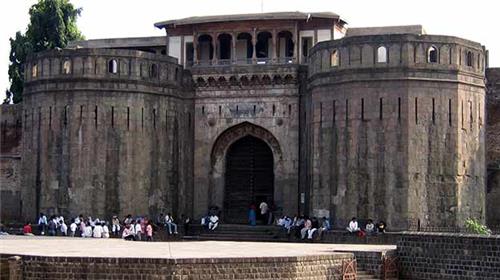 This one is comparatively a new found haunted place in India. The Shaniwarwada Fort in Pune, Maharashtra is the recent addition of India’s ‘most haunted places’.
People say they hear some disturbing cries from a teenage boy asking for help on every new moon night (Amavasya). The legend tells that Narayan, a heir of the Peshwa dynasty was killed inside the fort.
The boy first escaped the attackers and kept on asking help from his uncle in Marathi language. People who heard the cries also heard him yelling the same words! 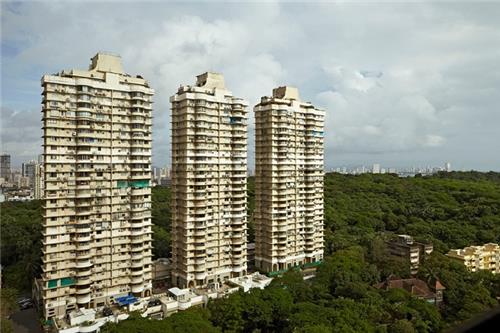 Three sprawling residential towers in the posh area of Malabar Hill, south Mumbai is now almost deserted and infamous for several uncanny activities taking place inside them.
More than 20 suicides and accidental deaths have happened in these buildings and now the residents frequently need psychiatric assistance to cope with those supernatural activities.

Other most haunted places in India are :