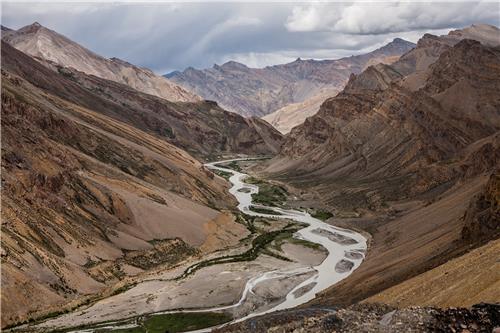 India is a magnificent country with the hilly terrains extending into the neighboring countries. It has mountain ranges that not only for some great tourist destinations but also passes that lead to unknown territories. The dangerous roads and passes at these altitudes are also referred to as Ghats. These mountain passes are also the home to many flora and fauna including remote tribes.

You will be amazed to know that some of these sub ranges have a vital role to play in the process of trading, war and also illegal immigration. In fact, most of these passes are guarded by the army to prevent malicious activities. Living and staying in these high altitude conditions are not easy, but this doesn't stop adventurous souls demo venturing into these areas. Though some are still frequented by tourists, many are out of bounded need special permission for entry. Here are some of them- 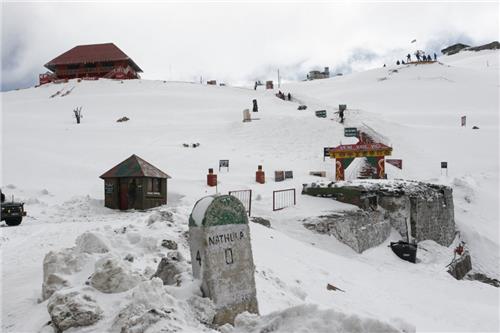 This is one of the most popular tourist destinations in Eastern India. Located at a height of about 4,310 metres above sea level, Nathu La Pass in the lap of the Himalayas connects Sikkim with Tibet. It is one of the 3 openings that connects India with the Chinese border. Trade is permissible in this pass due to feasible living conditions. Though in winters this pass is usually closed, army personnel continue to reside here. Shipkila in Himachal Pradesh along with Lipulekh in Uttarakhand are the other other passes open for trade in India.

The pass is also located to some of the most crucial pilgrimage sites for both the Hindus and Buddhists. Accessible from Gangtok, the Sikkimese capital, the pass is the home to endangered species like the snow leopard, ground orchida,Tibetan wolf and black-winged kite. You can visit the pass during the early and late summer months. In winters, it is usually closed for tourists. 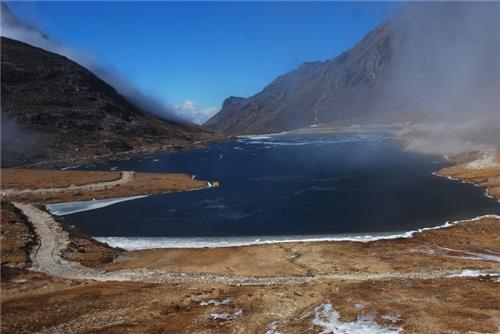 This is one of the frozen passes that are located at a height of 4,170 meters above sea level. Situated in Tawang District of Arunachal Pradesh, this pass connects Tawang to the rest of the country via Tezpur and Guwahati. Due to the heavy snowfall it receives, the pass is not accessible by tourists. It receives heavy snowfall in winter but remain opens throughout the year.

However, it does attract Buddhists from across the world because of the Buddhist Tawang Monastery. This is the largest monastery in India and the second largest in the world. 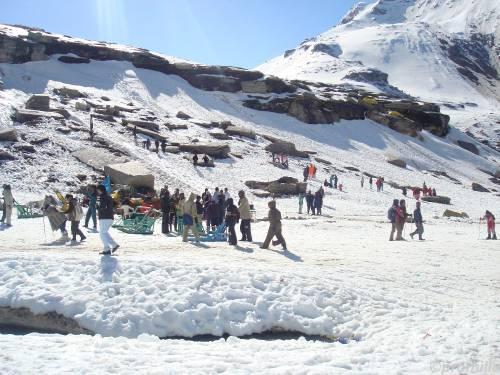 Another popular tourist destination in the state of Himachal Pradesh is Rohtang Pass, which is very close to Manali. The famous Rohtang Pass is located in Pir Panjal Range of the Himalayan mountains and it connects the Kullu Valley with the Lahaul and Spiti Valleys. Located at an altitude of 3,978 meters, this pass is right on the Manali-Leh Highway.

The pass is open from May to November only but rest of the time, it is not accessible to tourists. There is a high risk of avalanche here along with intense snowfall. But during the warmer months, tourists do flock the area to enjoy skiing and other snow based activities. 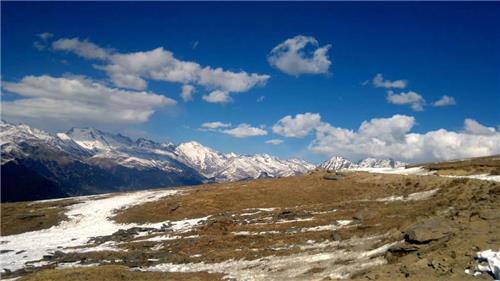 Located at a whopping height of about 4,520 meters above sea leave, the Chanshal Pass connects Dodra Kwar and Rohru. It is based in Shimla district of Himachal Pradesh. It is also the highest mountain peak in the area. The valley is one of the most beautiful ones in the country and receives heavy snowfall. There is no accommodation available here and the closest tourist spot is Larot where a guest house is available.

However, the spot attracts many tourists who are interested in skiing. Though the area has not been developed completely, the slopes are being used by experienced and skilled skiers. Nevertheless, the government is trying to construct a skiing resort in the area, without spoiling its natural beauty and ecological balance. Buses ply in the route, which is accessible during the warmer months. 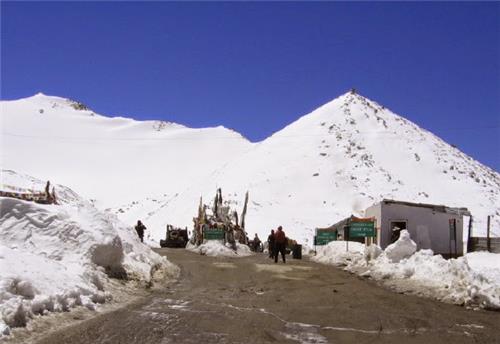 The Dungri la pass of Uttarakhand is also known as the Mana Pass. This high altitude pass is located at 5,608 meters above sea level but is still accessible by road. The pass connects India with Tibet and is situated in the Nanda Devi Biosphere Reserve (Zanskar mountain range). It is said that the pass starts from Badrinath along with the source of the Saraswati River near the Deotal Lake.

Located on NH8, this pass is said to be the route between ancient Tibet and the India. According to history, the Portuguese Jesuits António de Andrade and Manuel Marques were the first Europeans who crossed this pass in 1624. The pass was used for trade until 1951 when it was closed by the Chinese. In April, 1954, the pass was opened again, mainly for pilgrimage purposes. 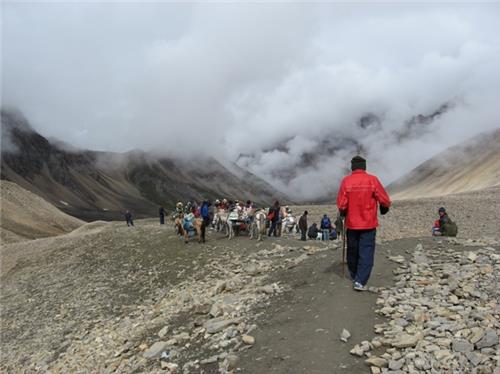 Located at a height of 5,334 meters in Uttarakhand, this Himalayan pass connects Kumaon region to Purang in Tibet. It also connects the Vyas and Chaudans valleys to Tibet. The path is used for one of the most vital pilgrimage sits, the Kailash Mansarovar Yatra of Hindus. It leads up to Mount Kailash and Lake Mansarovar.

In ancient times, this pass was largely used by traders, pilgrims and even by mendicants to travel between India, Nepal and Tibet. It is a vital tri- junction that connects Indian, Chinese and Nepalese territory. Even today, the pass is frequented by tourists who are visiting Mansovar to pay tribute to the Lord Shiva. 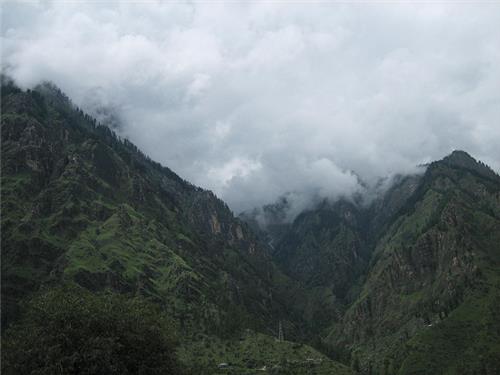 At a height of 5,360 meters, Debsa Pass is located in the valleys of Himachal Pradesh. It connects Kullu and Spiti valleys. It is a spectacular gateway for the desert mountain that divides India from Tibet in the Northeast. It goes around the Parbati River Valley in Kullu. The pass is not accessible after the month of November and doesn’t open till late March. 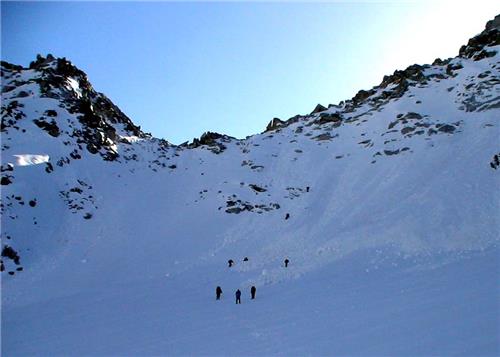 The Borasu Pass is located at a height of 5,450 meters and connects Uttarakhand and Himachal Pradesh with the Chinese border. This was an ancient trade route that operated between the Doon Valley and Kinnaur Valley.

The eastern part of the pass comes out right from the Tons Valley while the Northwester portion is merged with Baspa Valley. The northwest range also comes down to the Jhukia Glacier. Chitkul is the nearest population from this pass. However, this remains to be one of the most spectacular grasslands and home to some rare flora. 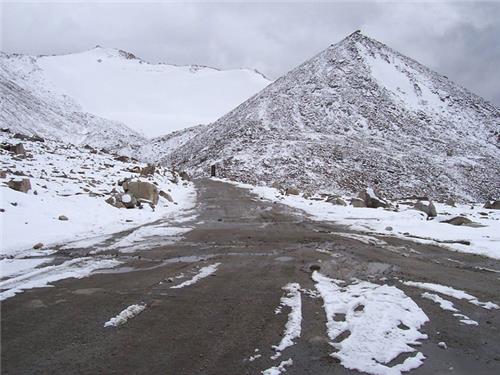 At an elevation of 5,360 meters, the Chang La Pass is located on the route to Pangong Lake from Leh. It is the 3rd highest motorable road in the country. Some of the major attractions of the pass are the gigantic lakes at this height.

According to folklore, the pass was named after a saint or sadhu Changla Baba. According to this myth, a temple is dedicated to this pass. Changla Baba actually means the saint of the southern pass. The nearest town from this pass is Tangste. There are many nomadic tribes in the area. However, this is not a area frequented by tourists due to hostile weather.

At a height of 5,604 meters, the Khardung La pass is situated close to Leh in Ladakh, Jammu and Kashmir. The pass connects Shyok and Nubra valleys and is the highest motorable pass of the north. La means pass in Tibetan. It is pronounced in a different way in the local language.The famous Siachen Glacier is also on this pass. It was constructed in 1976 and opened by road in 1988.

The management of the pass is done by the Border Roads Organisation and is used for its strategic location for taking supplies to the Siachen Glacier. This pass was also historically vital as it lay on a caravan route that was used by traveler to get to Kashgar in Central Asia. Historians report that at least 10,000 horses and camels would take the route annually. In World War II attempts were made to pass goods to China through this pass. Currently it is one of the most popular biking zones of the region. Bikers flock here to explore the terrain and camp out during the months of April to May. 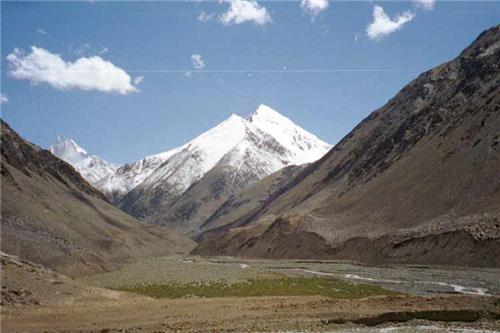 Located at a height of almost 4,700 meters, Karakoram Pass also means black gravel. The name comes from the fact that nothing is grown in this barren land. It was an ancient caravan route and legend has that lack of vegetation and hostile rocks lead to many deaths and trail of bones could be seen on the way.

This is also the tallest pass of the Karakoram Mountain Range. It is one of the most ancient routes between Leh and Yarkant. The Siachen Glacier is located on the eastern side of the Karakoram range. It is not a welcoming zone and hence not tourist friendly. Though it is mostly free of snow, blizzards and hostile rocks along with lack of vegetation, there is not much fauna here. 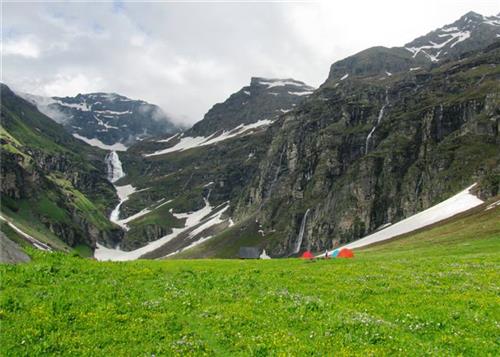 This is known as one of the most majestic passes of the country. Located at a height of 4,650 metres, the Rupin Pass starts in Dhaula and ends in Sangla in Himachal Pradesh. There is no population along the great ranges, but slopes are filled with snow. You will rarely find any footsteps here. Rupin Pass is used rarely for trekking because of the rock faces and wooden bridges. One can come across  white Rhododendrons here along with paths of green meadows in the warmer months. It is accessible from Shimla via Rohru. 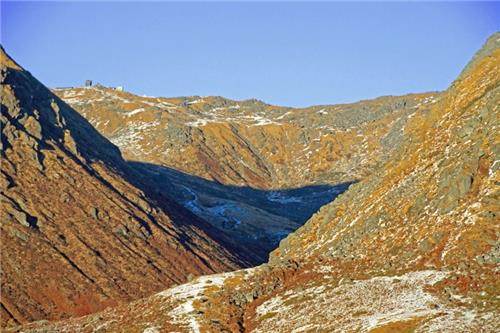 Located in Sikkim at a height of 4,270 meters, the Jelep La Pass connects India to Lhasa of Tibet region. The route is absolutely scenic with lush rhododendrons forests alongside. Jelep-la, means a lovely level pass in Tibet. It is definitely one of the most spectacular and easy to access pass between the two countries. It is about 46 meters in length.

One can access the Indian side via Gangtok or Kalimpong. It is a popular zone for tourists thanks to the booming economy of Sikkim and rise of tourism. In ancient times, the route was used for trading wool and fur. During the Sino-Indian War in 1962, the pass had been closed. There are many small towns that offer lodges and tourist accommodation around the area. It is best accessible from March to May.