According to the Shiva Mahapurana - the greatest Purana of Shaivites, the creator of the universe, Lord Brahma and the preserver of the universe and the supreme lord of Vaisnava Dharma, Lord Vishnu locked horns over supremacy of their powers.
All of a sudden, Lord Shiva perforated the trailokya (the three worlds) and appeared as a massive column of fire. Lord Brahma and Lord Vishnu set out separately to discover the starting and ending point of the column of fire.
The gods determined that whoever discovers the starting or the ending point of the fire column will be esteemed as the greater one. 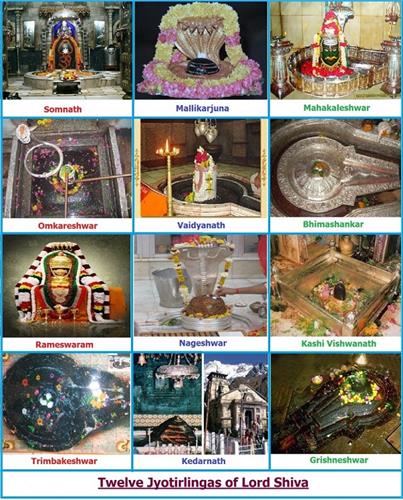 As their endeavor resulted fruitless, Lord Vishnu admitted his failure while Lord Brahma misinformed that he discovered the end of the column of fire.
On knowing the misleading information of Lord Brahma, the Mahadeva took form as a second column of fire and destined Lord Brahma to have no place in pujas, while Lord Vishnu would be revered forever and a day.
Realizing that their disputation was a big mistake, Lord Brahma and Lord Vishnu worshiped and acknowledged Lord Shiva as the supreme one.
Lord Shiva declared that he will always remain within the boundaries distinguished by his Jyotirlinga. The jyothirlinga temples in India therefore are holy locations where Lord Shiva came along as an ardent pillar of fire (light).
Across the twelve jyothirlinga temples, the presiding deity is the aniconic form of Lord Shiva, which is the lingam symbolizing the 'no beginning and no end' Skambha column, representing the myriad character of Sarveshwara.
Furthermore, a most popular shloka (Dvadasa Jyotirlinga Stotram) from the Hindu religious text, the Shiva Mahapurana distinguishes the twelve jyotirlingas as follows:
“Saurashtre Somanathamcha Srisaile Mallikarjunam |
Ujjayinya Mahakalam Omkaramamaleswaram ||
Paralyam Vaidyanathancha Dakinyam Bheema Shankaram |
Setu Bandhethu Ramesam, Nagesam Darukavane ||
Varanasyantu Vishwesam Tryambakam Gautameethate |
Himalayetu Kedaaram, Ghrishnesamcha shivaalaye ||
Etani jyotirlingani, Saayam Praatah Patennarah |
Sapta Janma Kritam pApam, Smaranena Vinashyati ||”
Let's now take a tour across the twelve most sacred jyotirlinga sites that are glorified in the Shiva Mahapurana 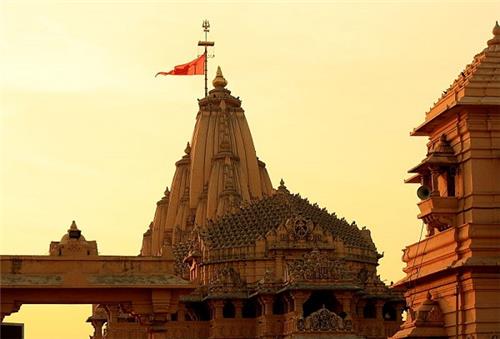 First among the 12 jyotilingas of India, Shree Somnath temple remains firmly at the seashore of the Arabian ocean on the westerly corner of the Indian state of Gujarat.
As the Chandra got relieved from the curse and regained his light, beauty and charm here, the holy site came to be called as the Prabhasa Kshetra. As the moon god prayed Lord Shiva here, the Somnath jyotirlinga is found with the moon on his head in this temple. 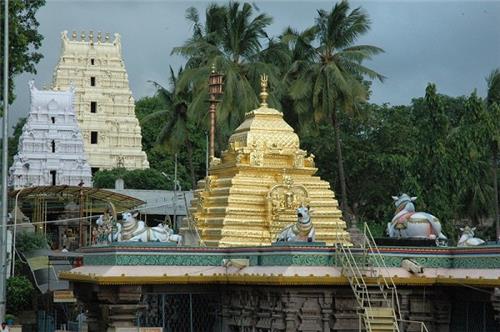 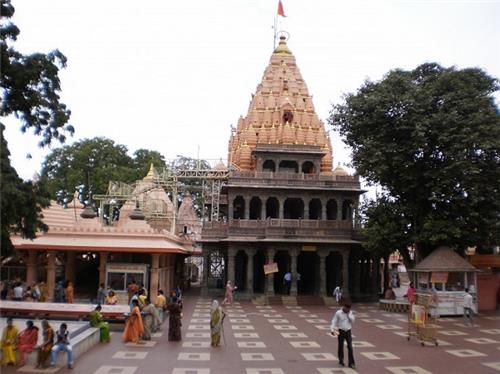 The third jyotirlinga among the twelve, Mahakaleshwar is located in the central Indian state of Madhya Pradesh in the antique and the spiritual town of Ujjain (also known as Avanti). The renowned temple is located on the banks of the sacred Shipra River (also known as Kshipra).
Interesting fact
Among the twelve jyotirlinga temples, Shri Mahakaleshwar Jyotirling temple is the only temple where the idol of the presiding deity is facing the south and called as 'dakshinamurti'. 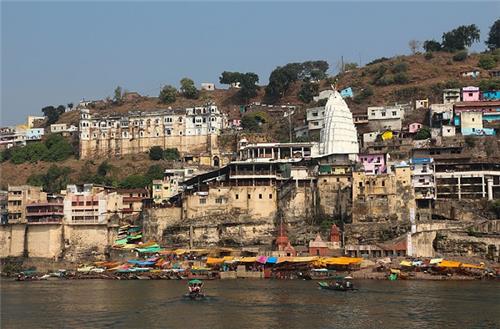 Located on an island called Mandhata (also known as Shivapuri) in the Narmada river in Madhya Pradesh. The history of the Omkareshwar Mahadev Temple goes back to 'krita yuga'. The sacred Narmada streams around the Mandhata hill in the shape of Hindu 'Om'. Read More 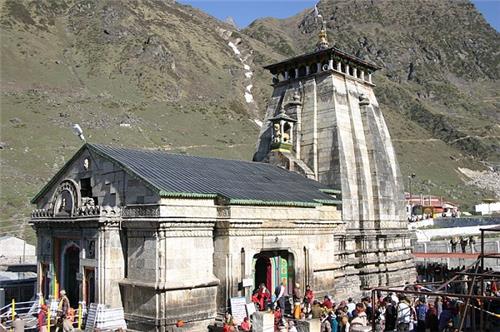 Kedarnath, located on the Garhwal Himalayan range near the Mandakini River (an affluent of the river Alaknanda) in Uttarakhand is venerated as the north-most and the nearest jyotirlinga kshetra to Mahadeva's legendary Mount Kailash.  Read More
Did you know?
Kedarnath shrine is one among the 275 Padal Petra Stalams of 'Vada Naadu' named in the Tamil Saiva hymns Tevaram 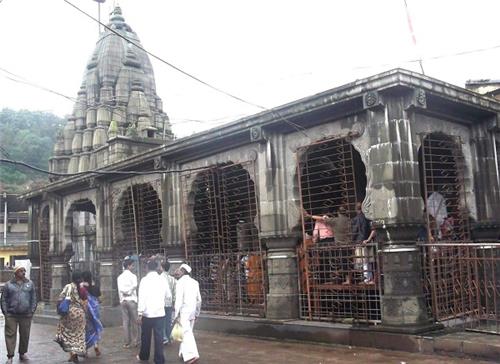 Located in the Sahyadri hills in the western Indian state of Maharashtra, Bhimashankar Temple can be reached via Pune.
A source of Bhima River, the sacred site is the spot where Lord Shankara is believed to have destructed the evil Tripurasuras - the three demons. The ardent devotee pleaded Lord Shiva to remain there and hence Lord Shiva here is called as Bhimashankara 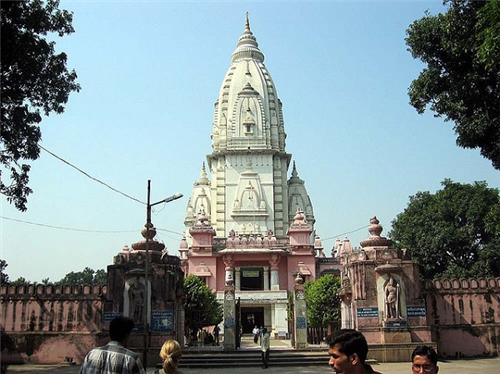 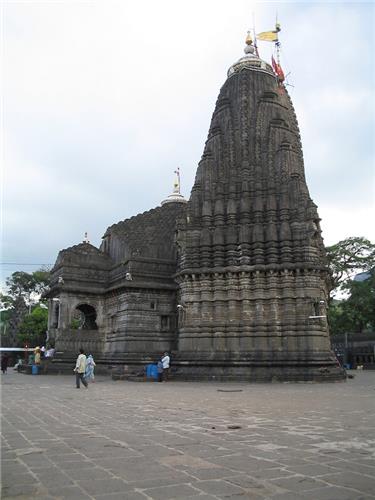 Lord Trayambakeshwar also called as Trimbakeshwar temple is located in a picturesque venue which is approximately 20 km away from the bustling city of Nashik in Maharashtra. The temple is well connected and can be easily accessed from the financial capital of India, Mumbai 3 to 4 hours (via NH 3). 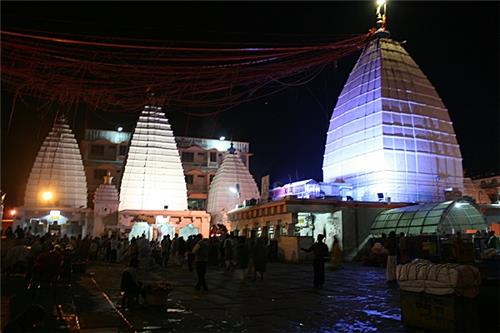 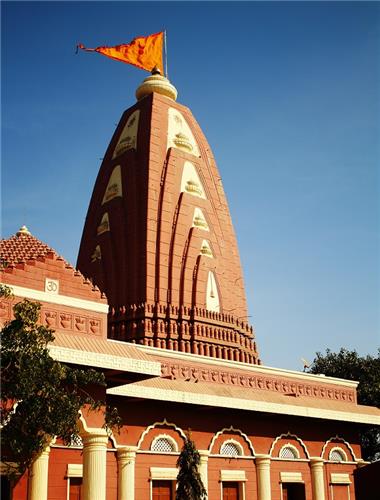 
Located just 17.2 km away from the Dwarkadheesh Mandir (Jagat Mandir) in Dwarka, the Nageshvara Jyotirlinga temple is located in the western Indian state of Gujarat. 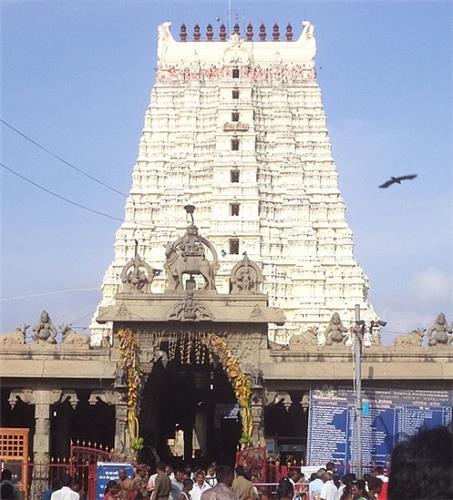 Situated on the Rameswaram Island in the southern state of Tamil Nadu, Arulmigu Ramanathaswamy Thirukoil is one among the most visited Hindu temple in all of South India. 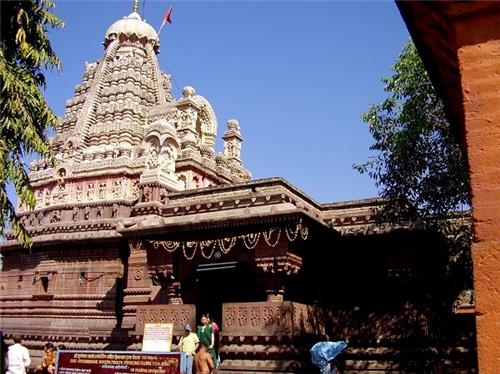 Often called as Grushneshwar Jyotirlinga, this sacred site is regarded as the twelfth or the last among the jyotirlingam in the country.
Located in the district of Aurangabad in the Indian state of Maharashtra, the renowned Grushneshwar Jyotirling Mandir is very close to the UNESCO World Heritage Site of Ellora caves.
Visiting all these twelve jyotirlingam temples in India is nothing short of a blessing that a devotee of Lord Shiva can ask for! Let's chant
|| Om namah shivaya ||