21 Most Beautiful Gardens in India

21 Most Beautiful Gardens in India

Gardens are such places where beauty is worshiped, where the human-souls feel relaxed being close to the nature.
Since eons the rajas, maharajas and emperors of India had been constructing beautiful gardens adorned with flowers, plants and natural resources like falls, ponds or lakes.

Here is a list of the most beautiful gardens in India: 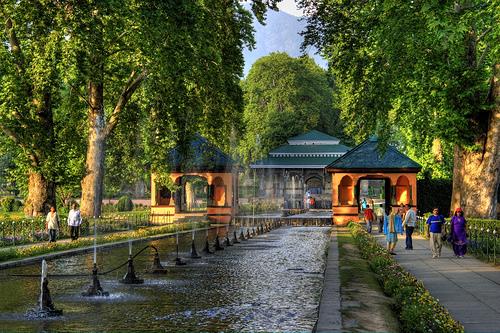 Rajas, Maharajas and Sultans wee mostly known as either tyrannous or benevolent; but they were also known as the patrons of arts, fine-arts and moreover the beauty.  One of the most beautiful Mughal Gardens in India, Shalimar Bagh was actually a loving gift from the Mughal Emperor Janagir to his beautiful wife Nur Jahan. Read More 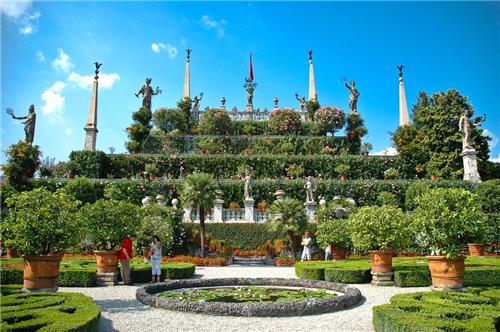 Nestled at the top of Malabar Hill, the Hanging Gardens of the Pherozeshah Mehta Gardens are considered among the most beautiful gardens in the country.
These neatly done and well-maintained gardens offer stunning views of the city over the blue Arabian Sea during the sunset. 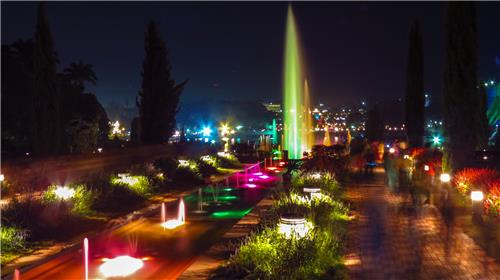 Brindavan Garden is a globally acclaimed garden and a famous beauty spot in Karnataka. Brindavan Gaden is situated in the Mandya district of Karnataka which is 143 km far from Bangalore and a mere 24 km far from Mysore. Read More 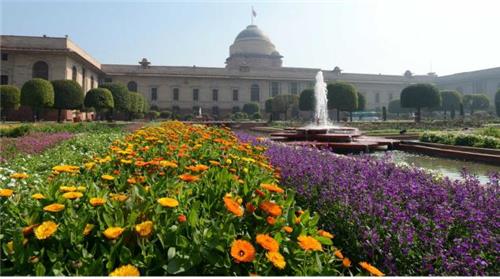 The Rashtrapati Bhavan in Delhi has its own dedicated garden, dotted with beautiful variety of flowers making it one of the most beautiful gardens in the country. The Mughal Garden, as it is known to all contains both the Mughal and English landscaping styles.

Pinjore Garden is another beautiful garden in India situating at 22 km far from Chandigarh at a village called Pinjore on the Ambala-Shimla highway.
This stunning garden is another instance of the Mughal Gardens style. Pinjore Garden was originally built by Nawab Fidai Khan of Patiala Dynasty in the 17th century. Read More

The second largest Mughal Garden of the valley and one of the most beautiful gardens in the whole country, Nishat Bagh is truly a pride of Srinagar.
Set up among a splendid natural circumstances embellished with the enchanting Zabarwan Mountains and the breathtaking Dal Lake just beneath the snow-clad Pir Pinjal mountain range. Read More 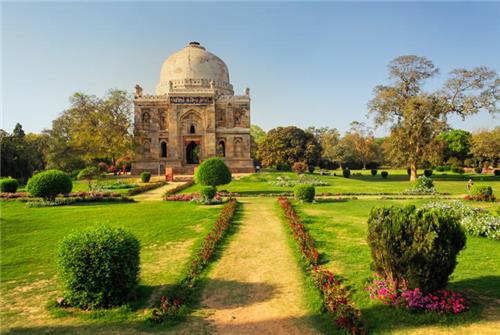 Sprawling over 90 acres between Khan Market and the Safdarjung’s Tomb, Lodhi Garden is Delhi’s most popular garden.
It also houses the tombs of Mohammad Shah, the ruler of the Sayyid Dynasty, Sikander Lodi, the most successful ruler of the Lodhi dynasty along with Sheesh Gumbad and Bada Gumbad. 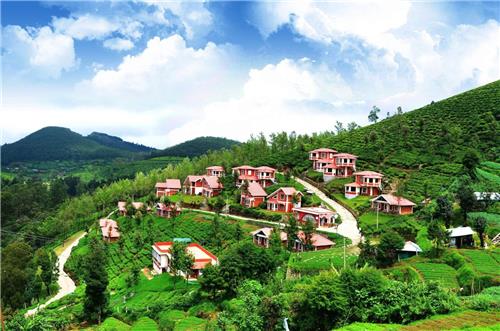 The botanical garden at Ooty is a state government owned garden that was set up in 1848, during the colonial rule. The beautiful garden is an important one mainly because it houses almost a thousand varieties of of both exotic and indigenous plants, some of which are of rare species.
The garden lies covering an area of around 22 hectares on the lower slopes of Doddabetta peak, the highest mountain of the Nilgiri Hills.

The gorgeous garden is divided into six layers and boasts Italian garden, conservatory, nurseries, fountains etc.
One of the main attractions of the garden is the fossil tree trunk which is at least 20 million years old. Another interesting feature of the garden is the Toda hill or the Toda Mund, a place that showcases the lifestyles of Todas, the original tribes of Ooty. 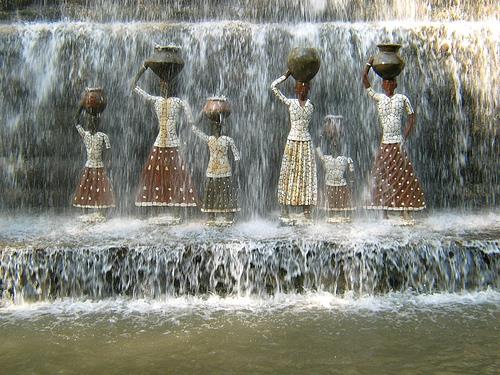 Neither it exhibits a variety of flowers or plants nor has a lush green area to sooth your eyes with natural beauty; the Rock Garden of Chandigarh is a garden filled with sculptural works those were built of industrial an home waste materials and the thrown-away items, completely. 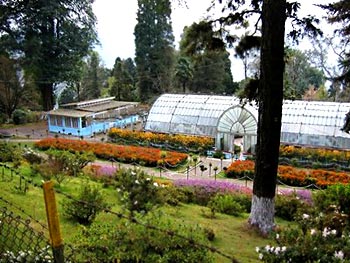 Lloyd’s Botanical Garden is another piece of beauty established during the British rule in 1878. The garden was initially set up as a distance annex of the Shibpur Botanical Garden, Kolkata. Read More 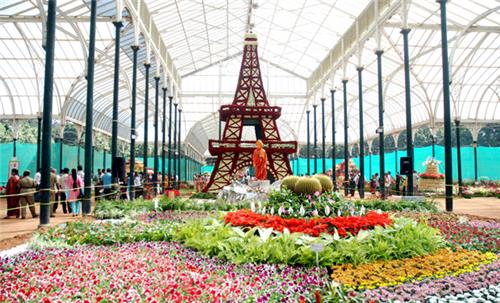 The most known garden in the garden city of Bangalore, the Lal Bagh is undoubtedly one of the most beautiful ones in India. The garden has its share of glorious history as it was originally started by Hyder Ali, the ruler of Mysore and finally completed by his son Tipu Sultan. 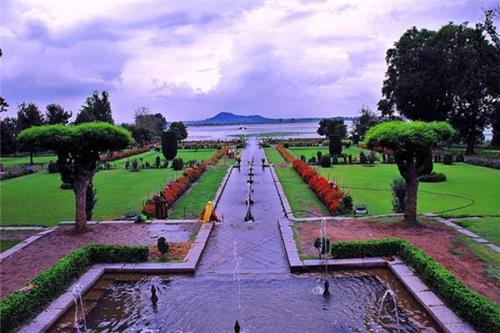 Built by Ali Mardan, the governor of Mughal Emperor Shah Jahan in 1632, the garden is situated around a spring, overlooking the Dal Lake. Read More 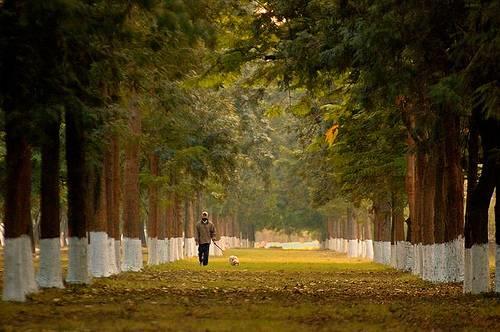 Truly a place for ultimate leisure, the Leisure Valley in Chandigarh is one of the most peaceful and beautiful gardens in India which is popularly known as the lungs of the city.
The garden is actually a bunch of beautiful theme gardens and parks are collectively called the Leisure Valley. It is lying around the whole city adorning it like a beautiful garland. 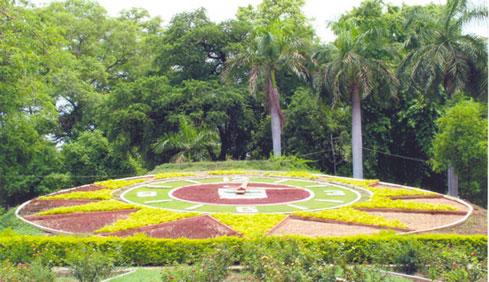 The largest garden in the whole western India Sayaji Baug or Kamati Baug is one of the most stunning gardens of the country. The garden was a gift from Maharaja Sayaji Rao Gaekwad III to the citizens of Baroda (now Vadodara) in 1879.
This beautiful garden stretching over 113 acres houses almost 100 species of plants. The huge garden also comprises of the Sardar Patel Planetarium, Baroda Museum & Picture Gallery, Sayaji Baug Zoo and a beautiful floral clock.
The garden which is maintained by the Vadodara Municipal Corporation is considered among the finest gardens in Asia. 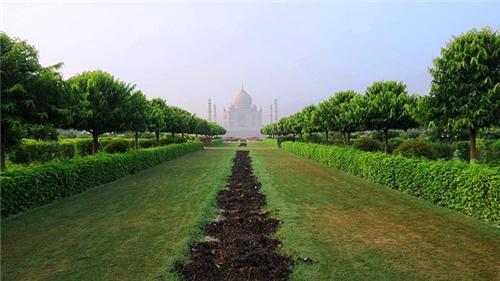 Buit much before the Taj Mahal came to existence, Mehtab Bagh or the Moonlit Garden was a dream of Babur that almost died without proper care. It is the last of the eleven gardens built y the Mughal emperors along the Yamuna River. 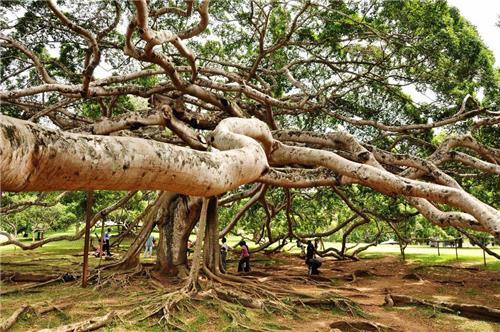 Previously known as Indian Botanic Garden and commonly known as the Calcutta Botanical Garden, the Acharya Jagadish Chandra Bose Indian Botanic Garden is a beautiful and one of the most famous botanical gardens globally.
The garden which is located at Shibpur, Howrah, near Kolkata proudly boasts a total collection of more than 12,000 plant specimens and a huge range of rare floras sprawled over 109 hectares. Read More 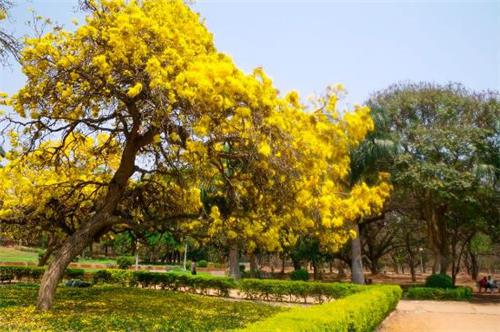 Another beautiful garden and one of the ‘lung areas’ in Bangalore, Cubbon Park certainly is a place of peacefulness in the hustle-bustle of the city.
The garden was originally built in 1870 and named after its longest serving commissioner of Mysore, Sir Mark Cubbon. 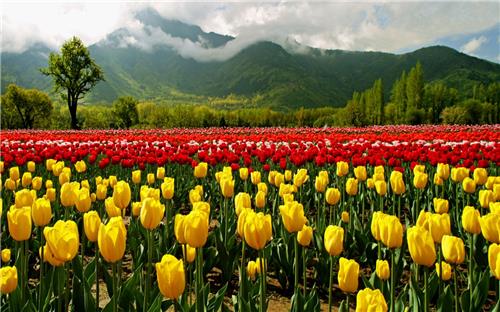 The largest Tulip garden in Asia, Indira Gandhi Memorial Tulip Garden is another addition in most the beautiful gardens in India.
The garden covers an area of around 12 hectares and located on the lap of majestic Zabarwan Range overlooking the stunning Dal Lake.

Darjeeling, the hilly-queen of West Bengal has another beautiful garden in its store attracting thousands of tourists every week. Rock Garden or the Barbotey Rock Garden is located at Chunnu Summer Falls.
This stunning garden was actually built to re-establish the disrupted tourism industry of the town after the political agitation in the 1980’s.
An unconventional tourist spot with abundance of beautiful flower plants and other Himalayan floras amid an amazing backdrop of hills and falls, the Rock Garden is a place for tranquility and for getting a little closer to the nature. 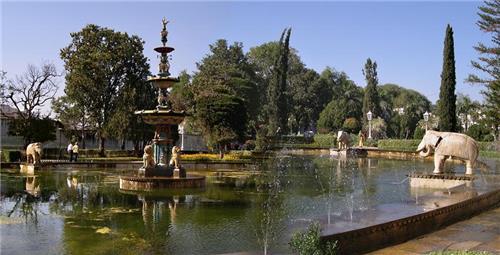 Gulab Bagh which is also known as Sajjan Niwas Garden is the largest garden in Udaipur and is the hub of uncountable varieties of roses. The garden was built by the Maharana Sajjan Singh in 1878.

Sim’s Park in Coonoor, Tamil Nadu is a unique and beautiful garden developed around all the natural contours of the nearby land with naturally occurring shrubs, trees and the water resources. The garden was established by Mr. J. D. Sims and Major Murray in 1874.
The indigenous floras of the Nilgiri range occupy the most areas where some unusual plant-species were collected from around the globe and were planted at the garden.
The temperature at this place is totally ideal for the endemic plants hence the beauty of the garden gets enhanced naturally.
39280