Cricket is not just a game in India; it is a religion. Indians can do almost anything and everything to be part of the game which was previously thought of the ‘game of the kings’. India has always given birth to several cricket legends, including the omnipotent Sachin Tendulkar who is considered the God of Cricket.

Every nook and corner of the country, every field and sports-ground of its states, and every lane and by-lane of our cities have been constantly showcasing cricketing geniuses. So, it is not surprising that India is flooded with highly modern and well-equipped cricket stadiums across the country.  From the Eden Gardens to the Wankhede, from the Feroz Shah Kotla to the Chinnaswami, India is dotted with some of the world-class stadiums.


Below is a list of the topmost cricket stadiums in India:

The pride of Bengal, the Eden Gardens is the third largest cricket stadium in the world by the seating capacity. The stadium was established in the year of 1864 and since then has been witnessing some of the greatest matches and moments in the history of world cricket. Eden Gardens is owned by the Cricket Association of Bengal (CAB) and is the most popular cricket ground in India. The first match was played at the Eden Gardens in 1934 between India and England. Eden is often called “cricket’s answer to the Colosseum”.

This is also the home ground of the Kolkata Knight Riders of the Indian Premier League and the Bengal Cricket team. Some of the most notable performances were taken place at this ground are: 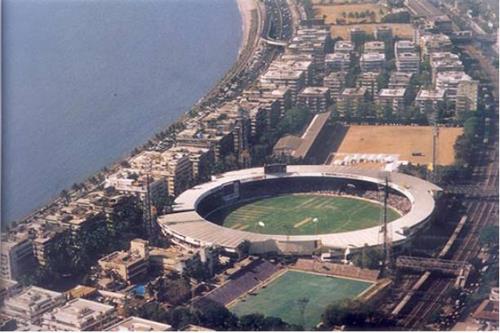 This iconic stadium in Mumbai has been witnessing several high profile matches of India and many other international cricket teams performing all the forms of the game. Wankhede Stadium was established in 1974 in Mumbai as an outcome of a severe dispute between the Mumbai Cricket Association and the Cricket Club of India, the then owners of the Brabourne Stadium over the ticket-allocation for the matches.

Now, the Wankhede stadium is India’s one of the topmost cricket grounds hosting some of the legendary performances of both Indian and the international players. Wankhede is the home ground of Mumbai Cricket Team and the Mumbai Indians of the Indian Premier League. This stadium hosted the final test match of Sachin Tendulkar in 2013. 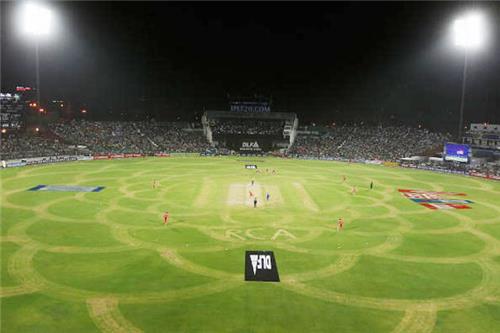 Sawai Man Singh Stadium is located at Jaipur and is one of the premier cricket stadiums in India. The stadium was established during the reign of Maharaja Sawai Man Singh II also known as SMS, so the stadium is also known as SMS Stadium. The stadium was witnessed its only test match in the year of 1987 during the visit of Pakistan’s President General Zia-ul-Haq who also came to the stadium to watch the match between India and Pakistan. The SMS Stadium has been hosting bunches of ODIs regularly since long. Virat Kohli, India’s current captain scored the fastest ODI century for India at this ground.

The second oldest international cricket grounds that is still functioning, Feroz Shah Kotla stadium in Delhi is one of the topmost cricket stadiums in this country. This stadium was established in 1883 and it has been hosting hundreds of international cricket matches since 1948. The ground witnessed some of the most iconic cricketing performances in history. Anil Kumble took 10 wickets in an innings in 1999 at this ground against Pakistan. Sachin Tendulkar outdid Sunil Gavaskar and made his 35th ton at Feroz Shah in 2006. 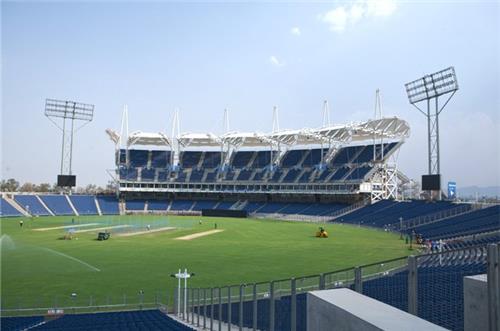 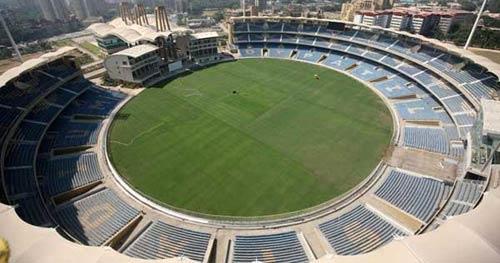 One of the newest additions in the league of cricket stadiums with high class facilities, the DY Patil Stadium in Mumbai is yet another topmost stadium hosting numerous international matches. With an immense capacity of 60,000 people the DY Patil Stadium has been an important venue for the matches of the Indian Premier League (IPL) since 2008. 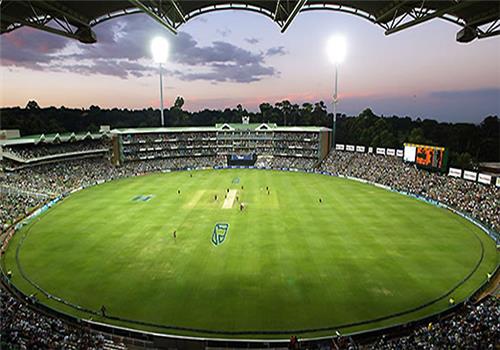 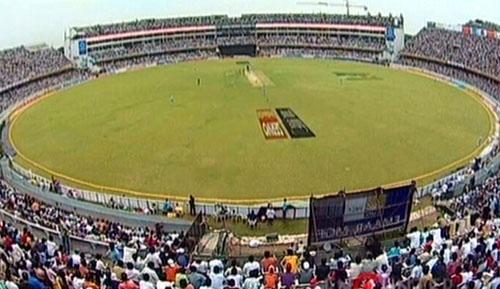 Rajiv Gandhi International Cricket Stadium is located in Hyderabad and is another premier cricket ground in India. This stadium is the home ground for the Hyderabad Cricket Association. This recent addition to the list of high profile Cricket Stadiums, the Rajiv Gandhi Cricket stadium has been hosting several important national and international cricket matches since its inception in 2004.This is also the home ground for the team Sunrise Hyderabad, the representative team of Hyderabad in IPL. 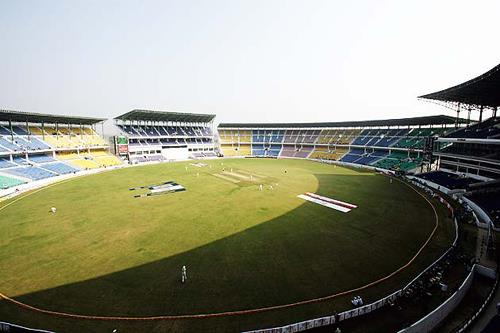 Vidarbha Cricket Association (VCA) Stadium is another newly built cricket ground which was actually set up as a replacement of the old Vidarbha Cricket Association Ground. The high class facilities and most advance technological supports of the stadium were even praised by the International Cricket Board (ICC) and now, Vidarbha Stadium is considered as one of the topmost cricket stadium in India. 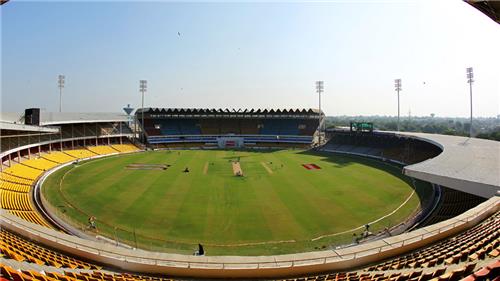 This one is another topmost cricket stadium in India. Sardar Patel Gujarat Stadium is also known as the Motera Stadium because of its location in the Motera locality of Ahmedabad, the capital city of Gujarat. The Sardar Patel Gujarat stadium has been hosting the important national and international matches on a regular basis since its inception in 1983. The ground witnessed some of the most iconic performances like Sunil Gavaskar’s scoring 10,000 runs in Test cricket as the first-ever-cricketer in the world and Kapil Dev’s 432 wicket-claiming match breaking Sir Richard Hadlee’s all time record for snatching the most number of wickets. 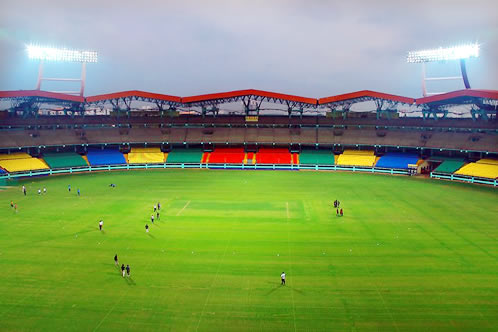 Originally established as a football ground, the Jawaharlal Nehru Stadium in Kochi is now a premier cricket stadium in India with a huge capacity of more than 60,000 people. Due to the distinctive architectural styles, the stadium is said to be the noisiest cricket stadiums in the world. The Jawaharlal Nehru Stadium is now a regular place for hosting all kinds of national, international and state level cricket matches. 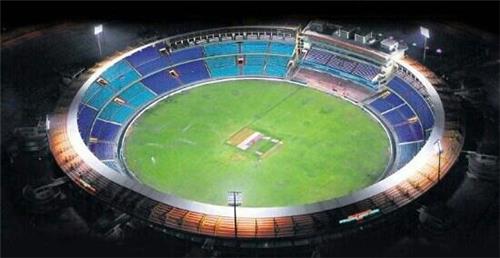 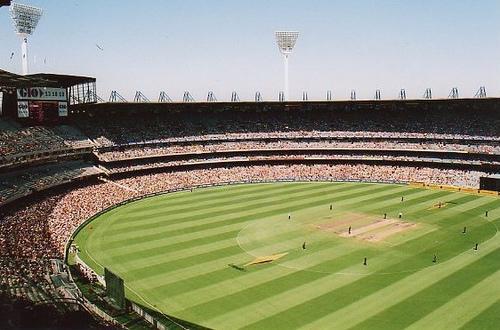 One of the oldest cricket stadiums in India which is still regularly in use, M. A. Chidambaram Stadium in Chennai was earlier known as the Madras Cricket Club Ground and now more famously known as the Chepauk Stadium. Among many other glorious incidents took place at this ground two major ones were, the place hosted the first ever Ranji Trophy match in 1936 and India’s first ever test victory against England in 1952 happened at this stadium. 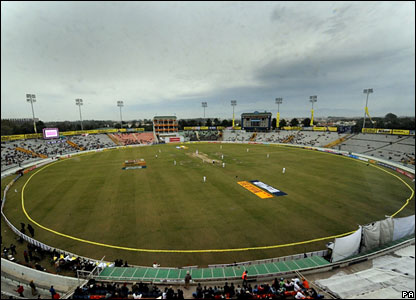 The PCA Stadium which is also known as the Mohali Statium is situated in Mohali, Chandigarh and is another great international cricket ground the country possesses. Mohali cricket ground is the home to the Punjab state team and has been in regular use as both the domestic and international ODIs and test matches since 1993. Mohali is also the home ground for the ILP team Kings XI Punjab. 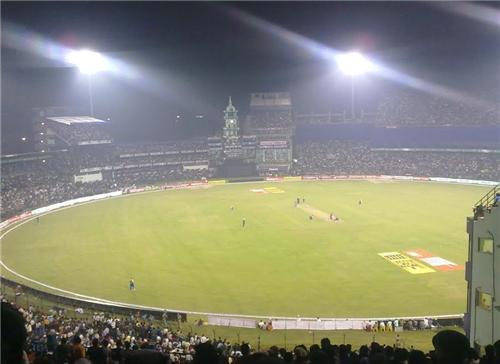 The home ground for the Odisha Cricket team, Barabati Stadium in Cuttack has always been a regular host of national and international matches. This topmost cricket stadium has witnessed several milestones created by both native and foreign players. The high tech facilities at the ground make it more suitable for the recent game patterns. 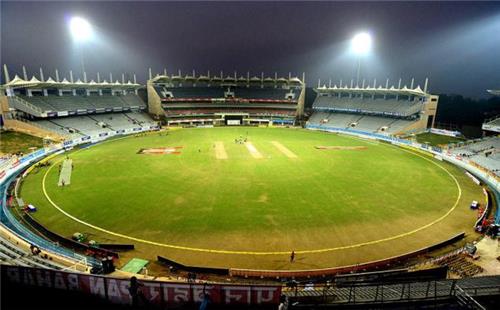 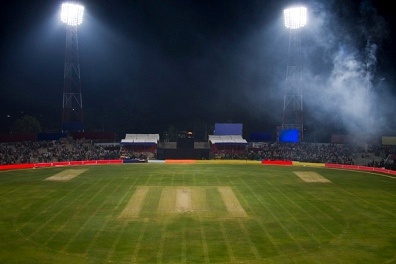 The best cricket stadium in Gwalior, the Captain Roop Singh Stadium has been hosting international matches since 1988. Though the sitting capacity at this ground is not that huge, but the stadium has managed to come up with all the modern facilities in recent years which subsequently made it a favourite place for especially the ODIs. The ground has particularly proved to be lucky for Sachin Tendulkar as he made his first and the singular double century at Roop Chand stadium to create history.