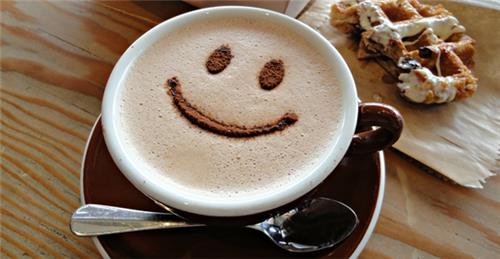 You would think that in a country that drinks tea 24x7, coffee culture would never really evolve. But the humble cup of coffee has grown from just being a neighborhood stall to something more sophisticated and enchanting. Inspired by sitcoms like Friends, coffee has evolved to being a heartwarming drink. And the best part is that since coffee is locally produced, you can get some of the best beans here without spending too much. The industry of cafe culture is expected to grow to a whopping Rs 2,250 crore by 2017.

In the domestic market are both international players are old colonial joints, which have been around for years. You would be amazed though because both do extremely well in their own pursuits. Along with the cup of coffee (including variations) you can also get an array of lip smacking food items at all of these outlets. So check out the list of the best coffee houses and places in India- 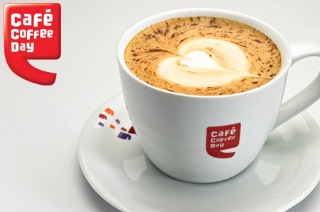 Cafe Coffee Day or CCD has become synonymous with the term coffee. It is India’s largest cafe chain which opened its first outlet at Brigade Road, Bangalore on July 11, 1996. Till 2013, they had more than 1319 outlets spread across 28 states of India. The man behind the dream is V.G. Siddhartha, who is the chairman of the Amalgamated Bean Coffee Trading Company Ltd. (ABCTCL). They grow their own coffee and have an estate that spreads across 10,000 acres. CCD has brought affordable coffee into the market and offers chips, cookie and even water under their brand name.

The range of coffee here includes the classic cappuccino, espresso, latte, etc. They also have some of their own creations that have won them many awards like Kapi Nirvana or Devil’s own. Apart from this, you can also find a range of other shakes and cold and hot coffees. They make classic tea varieties too and provide delicious snacks like cheese toast and samosa to go with coffee. A great place to hangout with friends and pals! Somewhere that all age-groups can head to, for a relaxing cup. 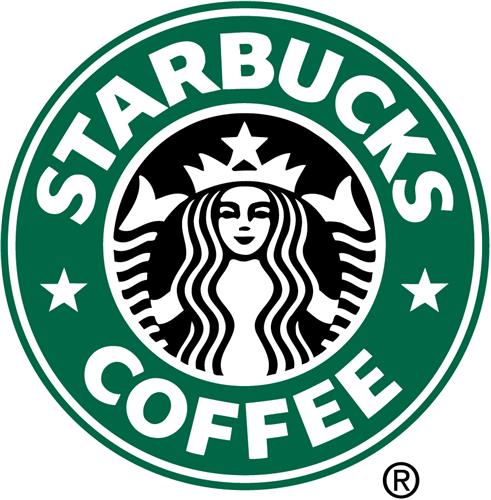 This one is the latest entry in India`s coffee chain industry and Starbucks is here to stay. It had come to India in 2012 in partnership with Tata Global Beverages. Today the Seattle-based company, which already has outlets in 61 countries, has opened chains in Mumbai and Delhi, the first one being in Mumbai in October 2012. The company takes pride in offering only the best to the Indian market.

Even though the chain is slightly highly priced than other local joints, it doesn’t stop patrons from visiting and enjoying the coffee here. The attractions here include high quality coffee that is served at perfect temperature, be it hot or cold. You can also get some delicious bagels and doughnuts here to go with your coffee. The sizes of coffee are big like the American standard so you can choose from small, regular or large. 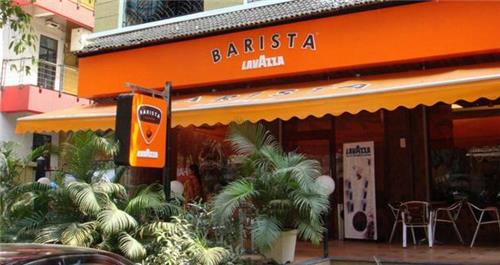 Barista Coffee Co. Ltd is the second biggest organized cafe chain in India with 225 outlets in 2010. It has launched another 40 - 45 outlets since then. Established in February 2000 by Barista Coffee Company Limited, Barista has an equity stake of 34% owned by Tata Coffee in 2001 and the remaining 65% by Sterling Group. But later the Sterling Group took over the entire stake. Barista Lavazza is spread across the country.

The coffee here is brewed using the espresso method and Barista takes pride in their technique and hospitality. Each coffee type makes use of a different method of extraction, which determines just how much coffee should go into a cup. They have a range of snack items to fill your tummy and satiate the palette too. Pick from hot or cold beverages. They also introduced the lounge concept in drinking coffee. 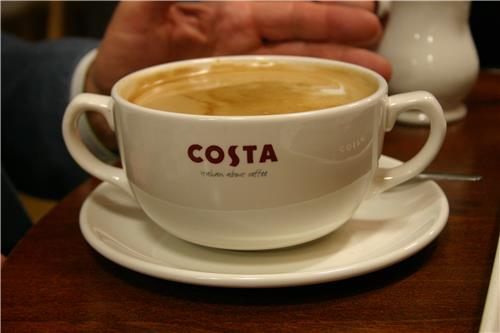 Costa coffee is the 3rd largest coffee chain in India. Originally from the United Kingdom, this brand came to India in September 2005 via an exclusive franchisee tie-up with Devyani International Ltd. The British multinational company is a completely owned subsidiary of Whitbread PLC. They are also the 2nd biggest coffee chain in the world after Starbucks. 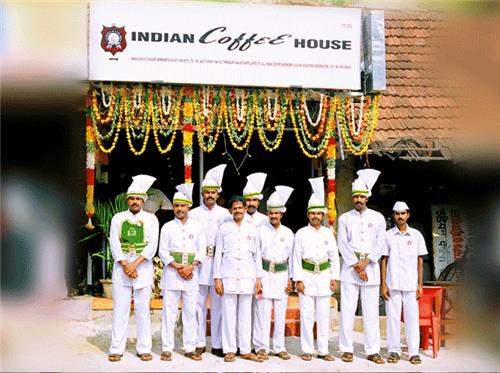 The India Coffee House chain commenced as a small outlet by the Coffee Cess Committee in 1936. The first outlet opened in Mumbai and by the 1940s almost 50 Coffee Houses had opened up all over British India. During the 1950s some changes in policies came around and the board had to shut down the Coffee Houses. But later communist leader A. K. Gopalan along with workers of the Coffee Board formed the Indian Coffee Workers' Co-operatives and re-started the chain as Indian Coffee House. The same started in Bangalore on 19 August 1957 along with other parts of the country.

The coffee house has maintained its authenticity of serving delicious food items like idly, dosa, toast, eggs, fish and chicken curries and the vegetarian delicacies here. There are plenty of options to choose from as you satiate your palette. But remember places are hard to find in all their branches thanks to the top-notch food and rock-bottom prices.

Brew Berrys Hospitality Pvt Ltd had been formed in 2008. The Hotel Management graduates Mr. Ankur Gupta & Mr. Ronak Kapatel started this chain, which had been funded by their families. The first cafe of Brewberrys opened in Vadodara, Gujarat. Initially they were just planning on keeping the chains to Gujarat but with growing popularity they have a PAN India presence with more than 45 stores in 15 states.

Mocha is a coffee chain that has taken inspiration from the “Quahveh Khanneh” or Coffee House of Morocco and Turkey. In these coffee houses, the concept of coffee included some Hookah while enjoying the company of friends and family. The idea was to offer delicious food along with coffee that helps one to spend more quality time with friends. This is also the reason that you will see a completely different ambience in Mocha as compared to the other cafes.

You can get an assortment of foods here that include melt-in-the-mouth burgers, delicious coffee, panini, desserts and other delicacies too. 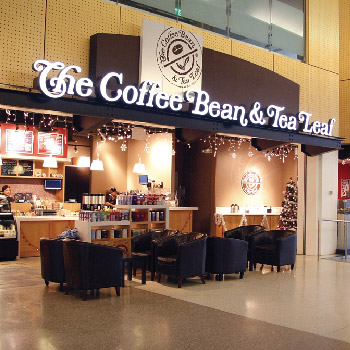 The Coffee Bean & Tea Leaf (CBTL) had started operation sin 2008 in India and captures the coffee culture. CBTL is a popular brand for premium coffee since 1963. At The Coffee Bean & Tea Leaf the idea is to serve coffee that is brewed from the best beans and roasted well to suit individual coffees. The knowledge of knowing and roasting coffee is vital so that the intense flavors of the coffee can be captured.  Over the years, CBTL has adapted the format of moving to high street property inside a mall, kiosk model and high profile office building. 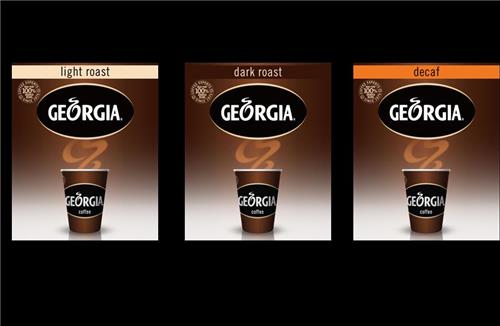 Georgia Tea and Coffee is an Indian brand that makes use of affordable coffee along with tea, which are made and produced locally. They make use of affordability and instant coffee options for providing a quick respite from a tiring day. It offers small stalls and take away coffee options in small joints. Georgia Gold is a part of the Coca-Cola India team. Though they started off as a vending machine concept, Georgia coffee is now spread across many stores and has small stand-alone joints with some seating options too. 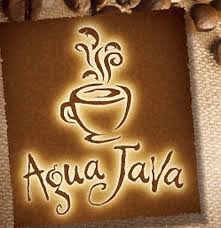 This is another small but quaint chain that takes coffee to another level. Saket Agarwal opened the first outlet in Kolkata in 1999. Since then, though the original outlet has closed, many more have popped up across the city and India. They offer delicious brews of hot coffees along with cold varieties. They have a range of delicious food items that is affordable and the spread is vast enough. With Aqua Java, coffee comes with a lot of food selections to make sure that you hang out for hours.