India is a land of diversity. The country has immense things to witness. While there are a lot of temples and holy places of Hindus, there are also many mosques that feature great architecture.
Below is the list of some famous mosques in India which are well-known for its architecture. 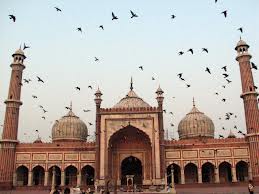 Acclaimed as the largest mosque in India and the most popular Muslim religious site, Jama Masjid is an inextricable site from your places-to-visit list in Delhi. The mosque was built by the emperor who had built the magnificent Taj Mahal, Shah Jahan in 1644. 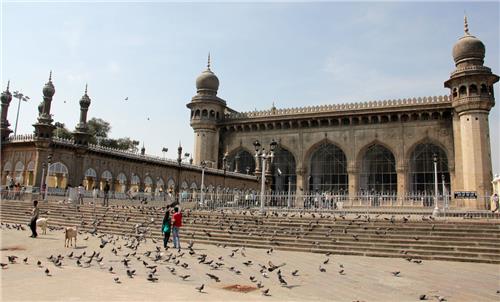 Makkah Masjid or Mecca Masjid is one of the oldest mosques in India and was constructed by the 5th ruler of the Qutub dynasty, Muhammad Quli Qutub Shah in Hyderabad. It took almost 77 years and 8,000 workers to complete the construction of the mosque.
The heritage building stands in close proximity to tourist sites Chowmahalla Palace, Laad Bazaar, and Charminar. The bricks used for building the central arch of the mosque were brought from the holy city of Mecca, Saudi Arabia.
The main prayer hall of the mosque is 75 feet high, 220 feet wide, and 180 feet long and it is as big as to accommodate 10,000 people.  The architecture of the mosque comprises four minarets attached with a dome, five passageways, and octagonal balconies. 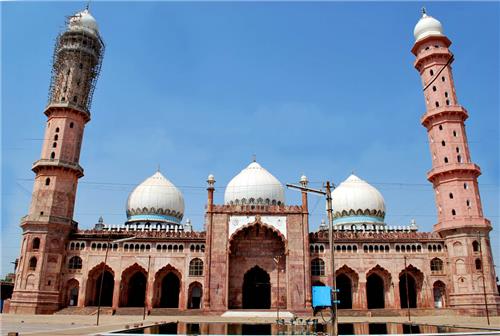 Taj-ul Masajid means the crown of mosques and is acclaimed as one of the tallest mosques in Asia. It is interesting to note that masjid is spelt in name as masajid as it is the plural form of masjid.
The mosque is one of the few Mughal monuments which has a woman behind its construction. Nawab Shah Jahan Begum of Bhopal, wife of Baqi Mohammad Khan, commenced the construction and then was continued by her daughter Sultan Jahan Begum.
However, the construction of the mosque was discontinued due to lack of funds and later in 1971 the construction was resumed by Allama Mohammad Imran Khan Nadwi Azhari and Maulana Sayed Hashmat Ali Sahab of Bhopal. 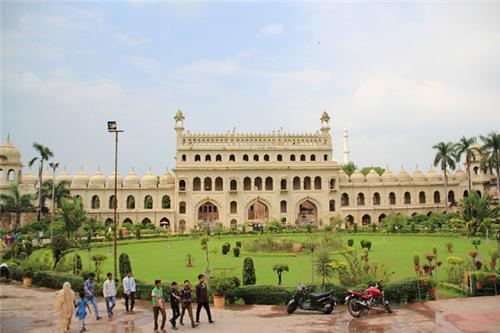 The Bara Imambara was built by Asaf-Ud-Daula, the fourth Nawab of Awadh. The masjid is also called as Asafi Imambara. The construction commenced on 1785 and was completed on 1791. The building is built with Lakhnawi bricks and the roof of the central hall is made without using a single piece of girder.
The masjid complex comprises the Asfi mosque, the bhool bhulaiya (or labyrinth), and a step well with running water—bowli. Two huge gateways lead to the main prayer hall of the mosque.

Mughal Emperor Shah Jahan built Jama Masjid in Agra for his daughter Jahanara in 1648. The mosque has square-shaped chambers that are crowned with domes. The mosque rests on a raised platform and five arched entrances opening to the courtyard. 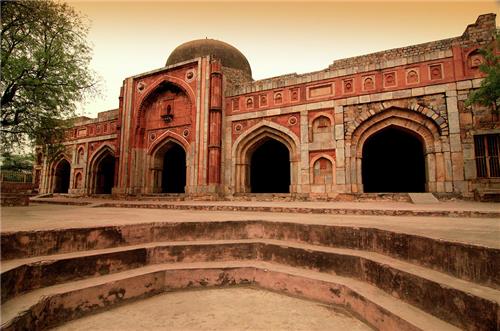 The mosque was built during 16th century and is located in Mehrauli, Delhi near the famous tourist site, Qutub Minar. This mosque is house to two tombs of Jamali and Kamali.
Red Sandstone was used to build the mosque and has a garden, a large courtyard, prayer hall, five arches. The central arch has a dome. The mosque is considered to be a pioneer of Mughal Architecture especially the Jhorokha System.

The Mughal emperor Shah Jahan built the mosque in 1638. It is located in Lohakhan Colony of Ajmer, Rajasthan. The mosque was built as a sign of his victory in the battle against the Rana of Mewar.
The mosque bears Persian inscription on the walls. The mosque was made of pristine white marble and the prayer hall of the mosque is designed in a star shape. 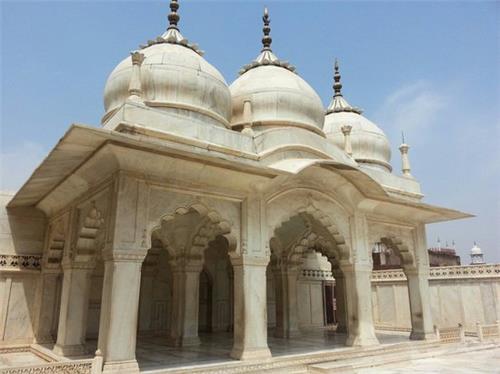 Nagina Masjid is one of the mosques built by emperor Shah Jahan for the ladies of the royal family and was used as a private mosque during those times.
The mosque has three domes and well-adorned arches. The mosque has a breadth of 10.21 meter and depth of 7.39 meter. 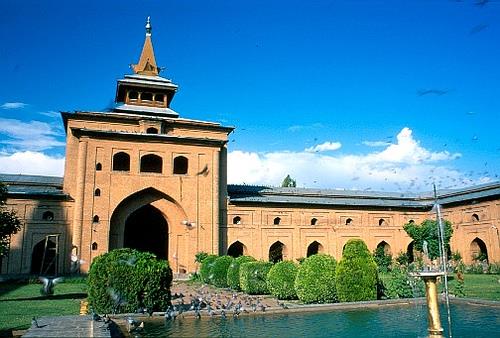 The mosque was built in 1400 AD by Sultan Sikandar in Srinagar (Jammu and Kashmir) and is located at Nowhatta in the bustling streets of Old Bazaar. This mosque is designed in beautiful Indo-Saracenic architecture.
The mosque encloses a square garden which is surrounded by wide lanes on all four sides. The Masjid has a beautiful courtyard and 370 wooden pillars. 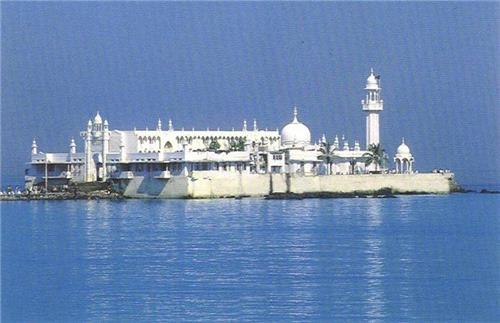 Haji Ali a famous mosque in the city of Mumbai, is situated on a land mass off the beach of Worli in Mumbai.
People from all communities visit this mosque as it is believed that if you make a wish in the mosque it will be answered. More than 80,000 devotees visit the dargah every day to seek the blessing of the saint. 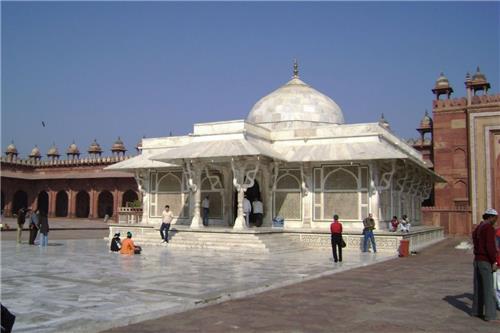 The Moti Masjid in Agra was constructed by Shah Jahan. Moti means Pearl in Urdu and the mosque was so named as it shined like a pearl in daylight. Shah Jahan constructed this mosque for his royal court members.
The mosque has three bulbous domes built of white marble and also a series of Hindu-styled domed kiosks along parapet. The mosque has seven bays that are separated into aisles. It took almost four years to construct this beautiful white mosque.
8677