Trains in India are the best way to travel with varying degrees of comforts and luxury, recreational facilities, and cover the famous tourist destinations of the country in the shortest possible period.
With an extensive railway network, trains in India cover the most prominent heritage cities which are replete with the Indian cultural heritage and fascinating glories of India.
North India due to its varying geographical features has always remained on the top of the wishlist of tourists and vacationers from all over the world.
From the mighty Himalayas to sand dunes of Rajasthan it has all to make our holiday memorable. Have a look at some of the famous trains that connect various destinations and attractions of northern India.

Jammu to Udhampur on Jammu Mail 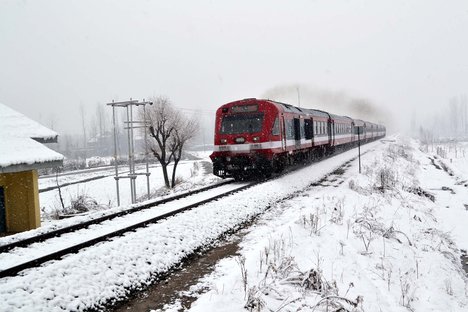 Travelling from Jammu to Udhampur by train would be another incredibly beautiful journey in India. This journey awes us with the height of engineering advancements as well as the beauties of Mother Nature all along the way.
The train runs among the rocky carves of the great Shivalik mountain range, steep valleys and some roaring rives. The copiousness of tunnels and bridges give some breathtaking views of the region. 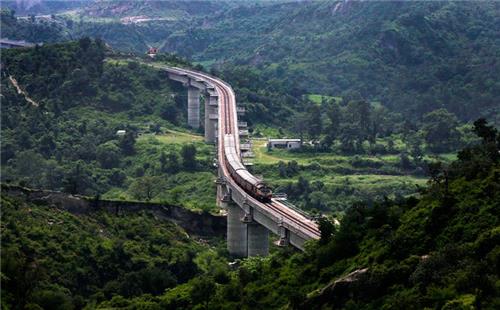 A lesser known route, the rail-journey from Qazigund, Srinagar to Baramulla by DEMU train would be a pleasure of eyes for the enthusiasts. The trip ensures some of the most hypnotising views of the surroundings. The trip taken during winter promises even more spellbinding experience of the snow-clad environment.

Kalka to Shimla on Himalayan Queen 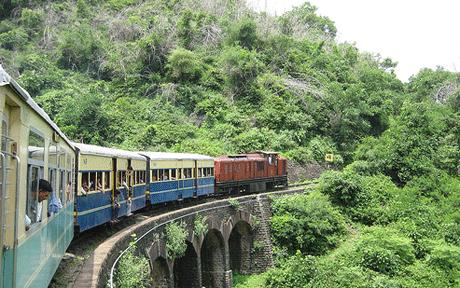 Another UNESCO World Heritage Site, the route from Kalka to Shimlaand vice versa is full of natural beauties. A 92-km long journey on the toy trains takes you through 102 tunnels (you see it right!) and 82 bridges.
Interestingly, this track was awarded a world record by the Guinness book of world record for having the steepest rise in altitude en route.
The journey takes around 5-6 hours to complete hence can become a little too tiresome for those in a hurry; but if you are a nature-loving person, the Himalayan Queen would certainly offer you a memorable ride.

Pune to Delhi on Duronto Express 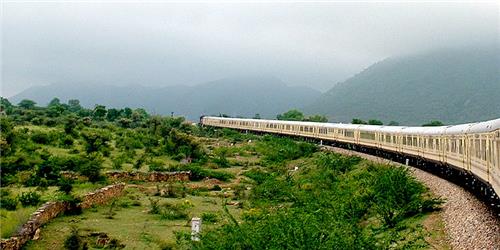 One of the fastest running trains in India, Duronto is a super-speciality train that cuts off the normal New Delhi to Pune journey of 26 hours to a 20-hour splendid trip with a stunning surrounding filled with green fields, water bodies, rural establishments, salt pyramids, deserts and medium to small hills and hillocks. This beautiful trip would you want to travel again and again on this route. 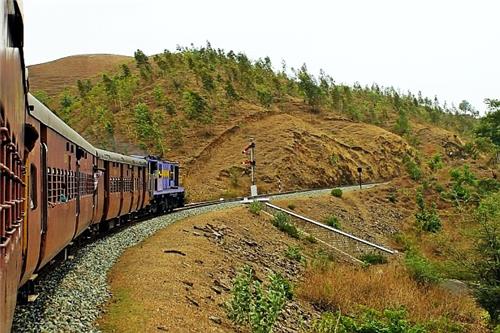 One of the oldest mountains in India, Aravalli has some dynamic features consisting grey rocky surface, steep ridges, scattered bushes and wavy mountains.
The train-journey taken via this route would let you have a beautiful rendezvous with history and the amusing folk lores of the region.

Agra to Gwalior on Chambal Express 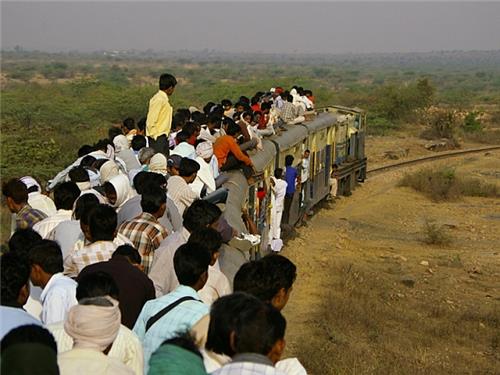 The infamous Chambal has always been on the headlines for being one of the most notorious places in India. Many of us were grown up listening to some fascinating and gruesome stories about the dacoits from Chambal.
Even till a few years ago, the town was reported to have the maximum numbers of robberies, extortion and murders in the country. But in the recent years, all those bad news have taken a big break, Chambal has emerged as one of the growing towns.
Despite having all the stigmas of being a notorious place, a ail journey from Agra to Gwalior via Chambal would be an amazing experience for the travellers.
Apart from these trains there are additionally many luxury trains that pass through Northern India.
Also Read
Tourism in India |
175