Kumar Mangalam Birla is a businessman and entrepreneur of India. He is the chairman of the Aditya Birla Group which is India's third largest business house. 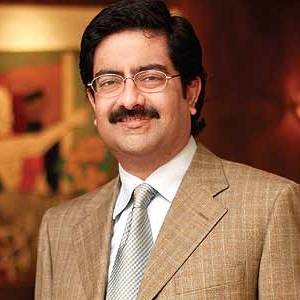 Kumar Mangalam Birla was born on June 14, 1967 in Kolkata. He spent his early life in Calcutta and Mumbai. Kumar Mangalam is a Chartered Accountant and did his MBA from the London Business School, London. Returning to India he took over the business established by his father noted industrialist Aditya Birla, after whom the group is named, in 1995. Kumar Mangalam is married to Neerja Birla and the couple has three children.

Kumar Mangalam Birla also holds several key positions on various regulatory and professional boards. He held the chairmanship of the advisory committee constituted by the ministry of company affairs for 2006 and 2007. He was the member of the prime minister of India's advisory council on trade and industry. He is the chairman of the board of trade reconstituted by the union minister of commerce and industry and the member  of the Central Board of Directors of the Reserve Bank of India.

Kumar Mangalam Birla has won several honors. Major among them include the Business Leader of the Year in 2003 by the Economic Times. He was awarded the Businessman of the Year in 2003 by Business India. He was honoured as the Ernst & Young Entrepreneur of the Year - India in 2005. He was given the Forbes India Leadership Award – Flagship Award "Entrepreneur of the Year, 2012". He was awarded NASSCOM's 'Global Business Leader Award' in 2012 and was chosen by the World Economic Forum (Davos) as one of the "Young Global Leaders" in 2004.