Anil Kakodkar is an eminent Indian nuclear scientist. Kakodkar champions India's self-reliance on thorium as a fuel for nuclear energy.
The government of India awarded him with the Padma Vibhushan, India's second highest civilian honour, on January 26, 2009 for his contribution towards science and technology. 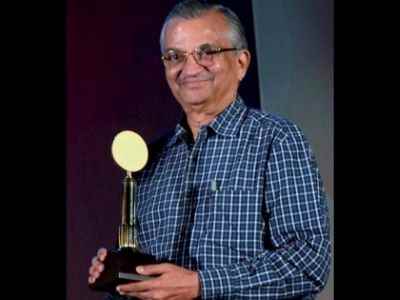 Anil Kakodkar was born on November 11, 1943, in Madhya Pradesh to Kamala Kakodkar and Purushottam Kakodkar. Kakokdkar had his early education at Barwani and at Khargone.
He graduated from Ruparel College. And from University of Mumbai he got a degree in Mechanical Engineering in 1963. In 1969 he obtained a masters degree in experimental stress analysis from the University of Nottingham.

Anil Kakodkar has worked for the development of atomic energy programme in India. Utilisation of the vast Thorium resources for energy production has received special attention under Kakodkar’s leadership.
The scientist has created a roadmap for shaping the third stage of India’s nuclear power programme aimed at tapping vast energy potential of thorium resources not only as source for electricity production but also as a primary source for other forms of energy use.
He joined the Bhabha Atomic Research Centre in 1964. He became the Director of BARC in 1996. He was the Chairman, Atomic Energy Commission and Secretary to the Government of India, Department of Atomic Energy, during the years 2000 -2009.
While in BARC he played a key role in design and construction of the Dhruva reactor, a high-tech project. In 1974 and 1998 he was a part of the core team of architects of India's Peaceful Nuclear Tests.
Kakodkar has led the indigenous development in India's Pressurised Heavy Water Reactor Technology. Kakodkar's work in the rehabilitation of the two reactors at Kalpakkam and the first unit at Rawatbhata are examples of his engineering capability.

Kakodkar was involved in the first successful Peaceful Nuclear Explosion Experiment that India conducted on May 18, 1974 at Pokhran.
He also played a key role in the series of successful Nuclear Tests conducted during May 1998 at Pokhran. Under Kakodkar’s leadership India demonstrated nuclear submarine power pack technology.


Awards and honours of Anil Kakodkar

Anil Kakodkar has been the recipient of many awards and honours for his contributions to science and technology. He was awarded the Padma Shri in 1998. The government of India awarded him with the Padma Bhushan in 1999 and the Padma Vibhushan in 2009.
6656